I was standing in a narrow, fenced-in corridor next to an animal enclosure when two fully grown cheetahs came loping towards me. They looked magnificent – lean, long-legged and built for speed, their spotted fur sleek, with striking face patterns.

I held my breath as they moved nearer, not knowing what to expect. A moment later they had passed by, and I breathed again.

Gulf Arabs have a fondness for big cats and other exotic animals, and many sheiks collect them and keep them in vast private zoos standing on desert sand. Normally such places are strictly out of bounds, but I obtained special permission to visit one owned by a senior member of Dubai’s royal family. I was shown around by the wildlife experts who run it. 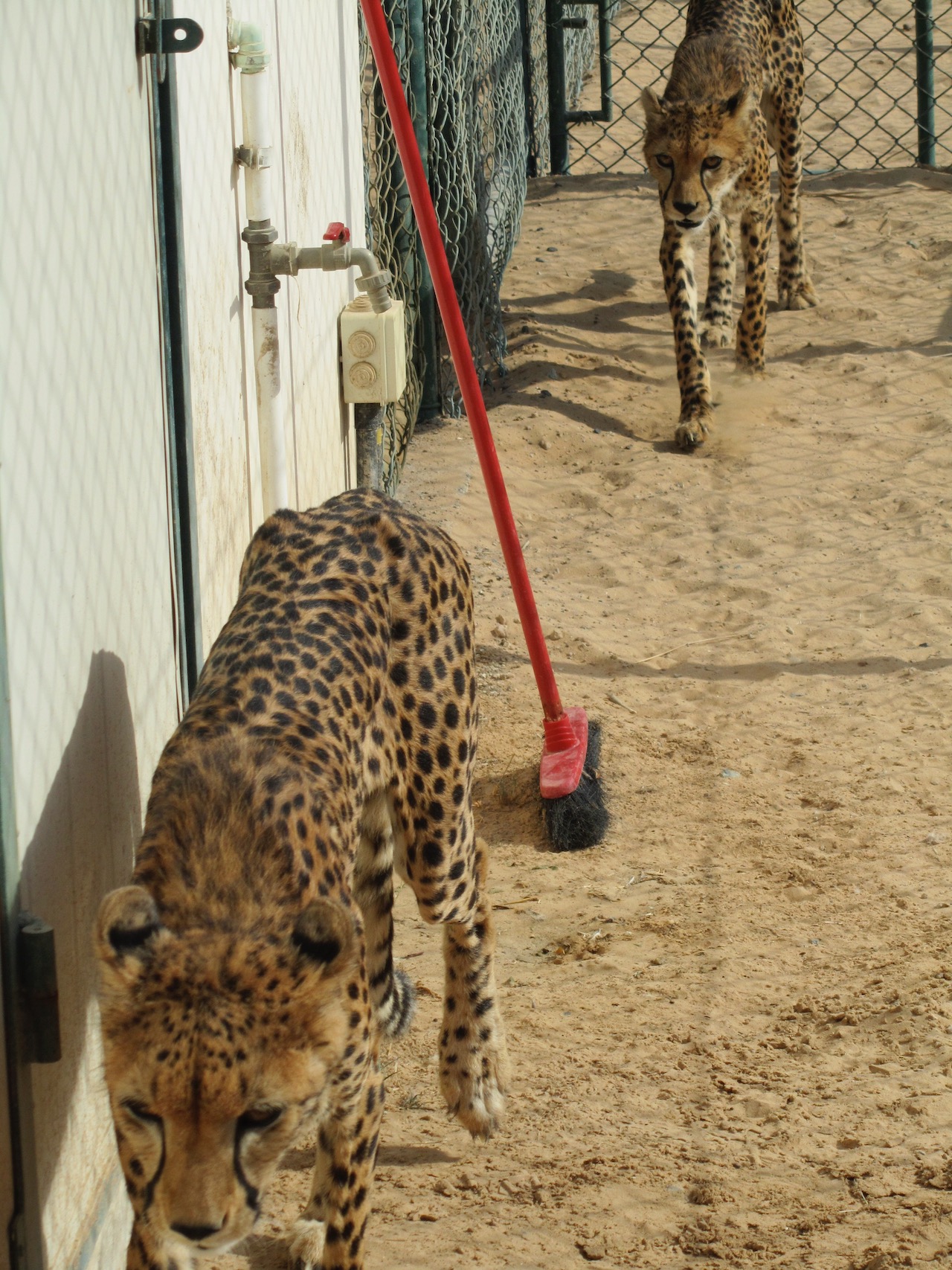 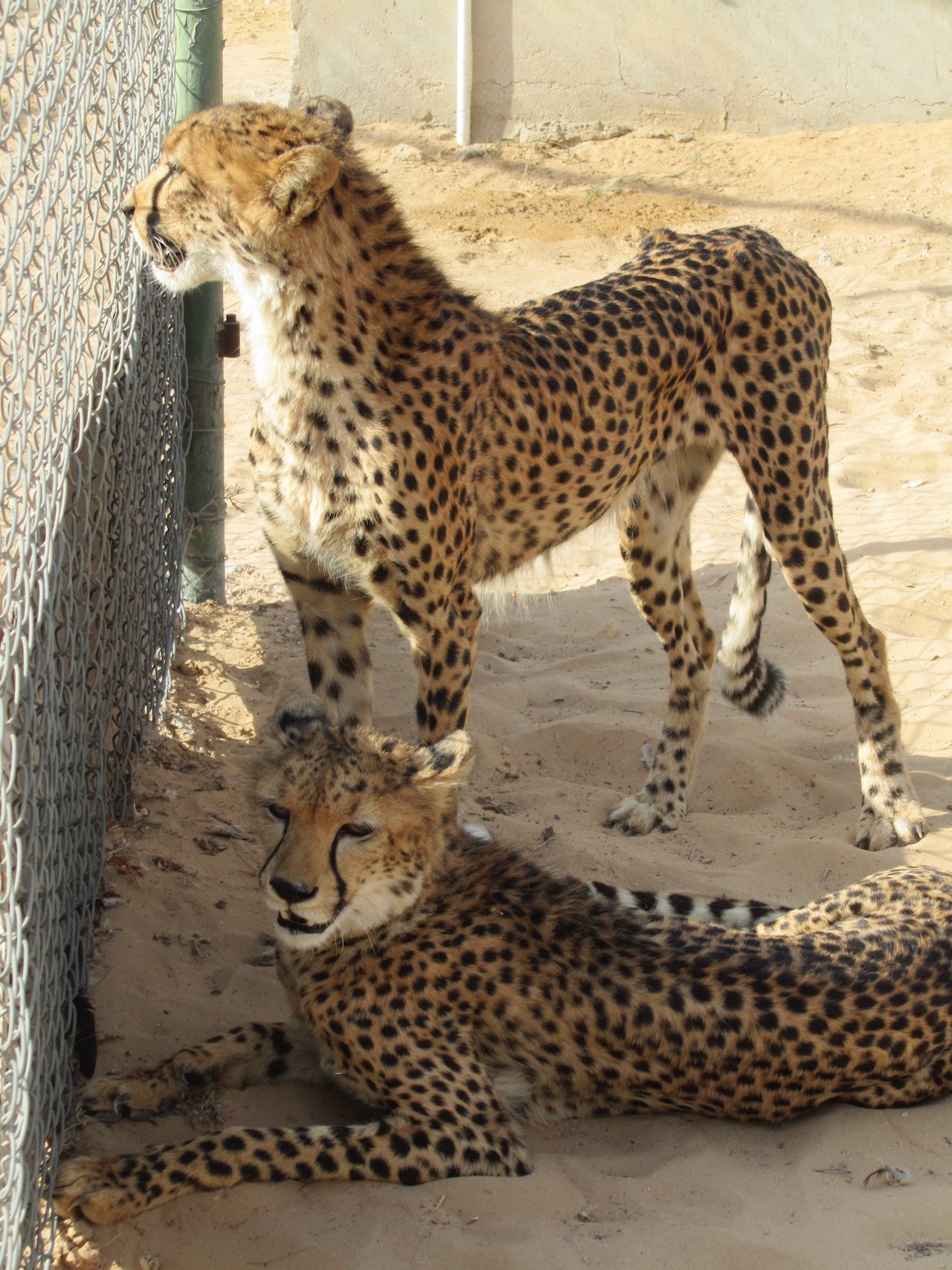 Cheetahs are a speciality at the centre, which participates in a captive breeding programme with similar outfits in a number of countries. There are many other animals, among them grey crowned cranes and other birds, and various types of deer and gazelle that wander across the sand.

There are also Arabian oryx, a type of antelope native to the deserts of the Arabian Peninsula. After being hunted to extinction in the wild 50 years ago, the species was saved through a captive breeding programme. It was subsequently reintroduced in the wild, and became the first species to be upgraded to the “vulnerable” conservation category after being listed as extinct in the wild. 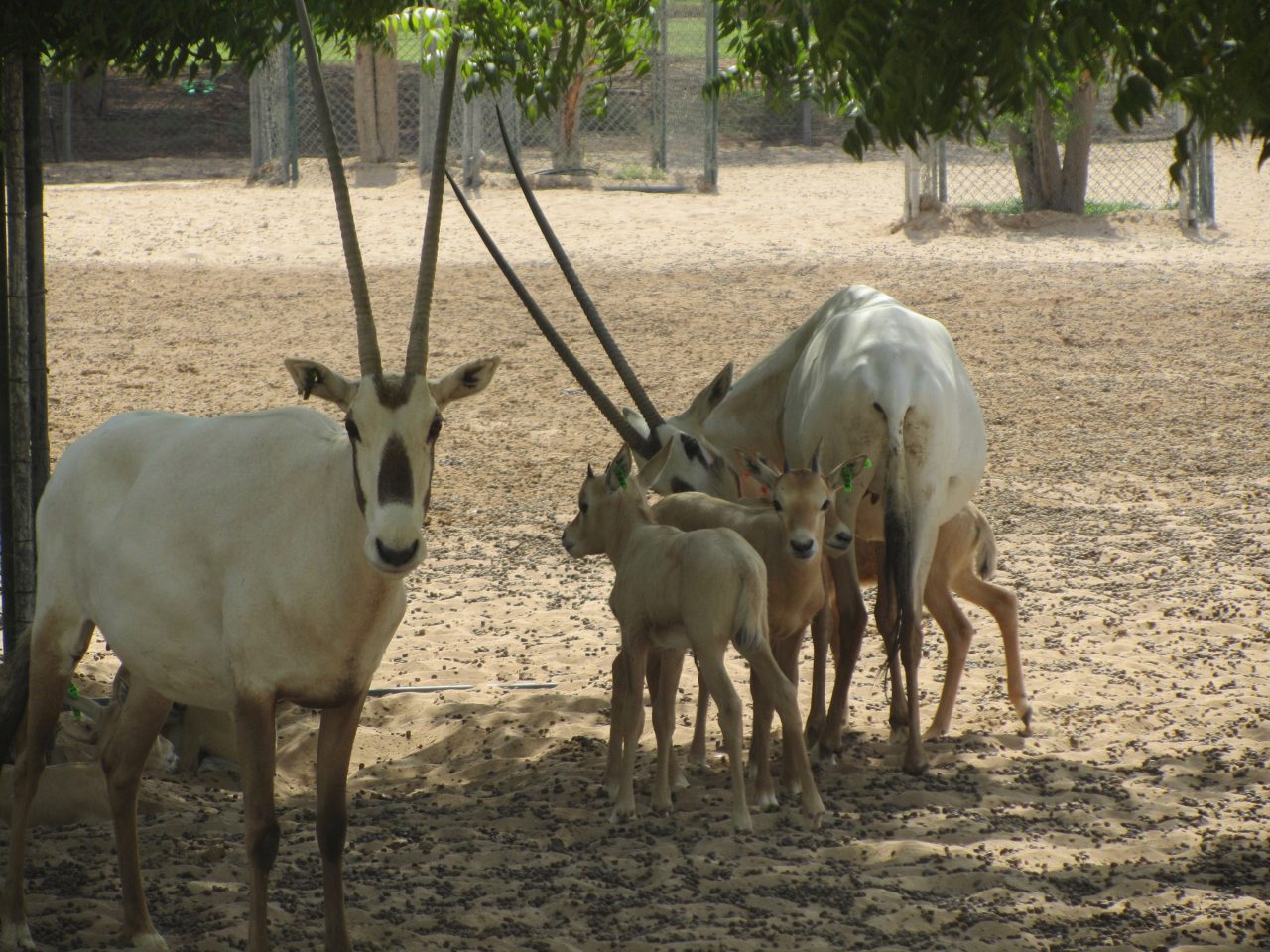 Zoos are a controversial subject, with some saying they should all be closed down, but the story of the oryx provides an argument for keeping them.

The oryx sports twin horns, and is thought to have contributed to the unicorn myth as from the side it can appear to have a single horn.

The sheikh’s zoo is on the desert outskirts of Dubai, surrounded by high walls to keep the animals in and curious passers-by out.

I visited a second zoo belonging to another member of the ruling family where I had a close-up look at cheetah cubs. The second one is in the heart of the city, next to a large mall and five-star hotel (it’s Dubai, after all). This sheikh has a vast palace in the grounds, and I was asked not to take photos of it out of respect for the family’s privacy. In fact the site is so large it was difficult to get a good look at the distant building anyway.

The collection included a giraffe, and in the years before developers swept through the district and threw up a host of tall buildings, its neck could be seen sticking up above the walls of the compound. 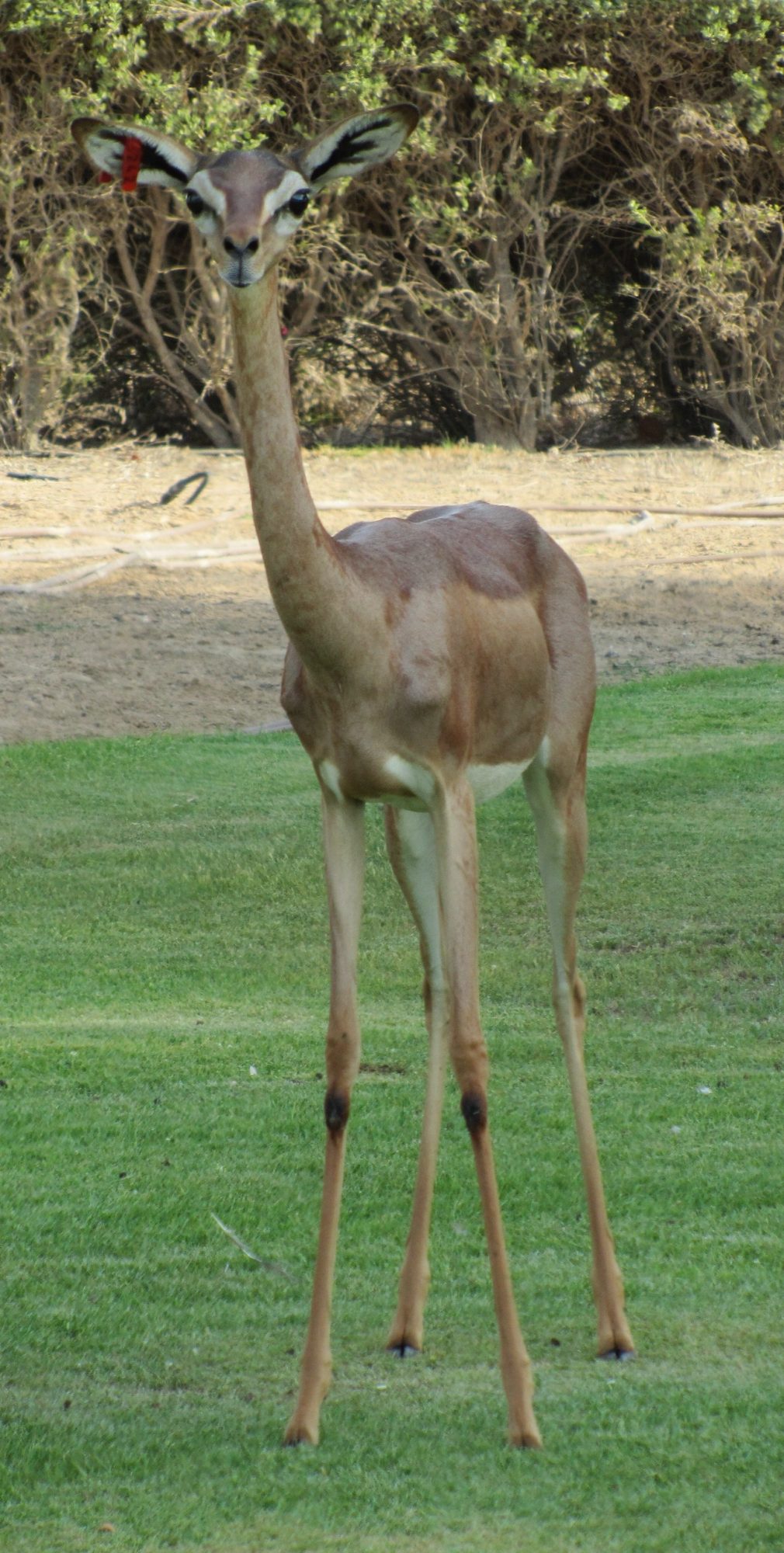 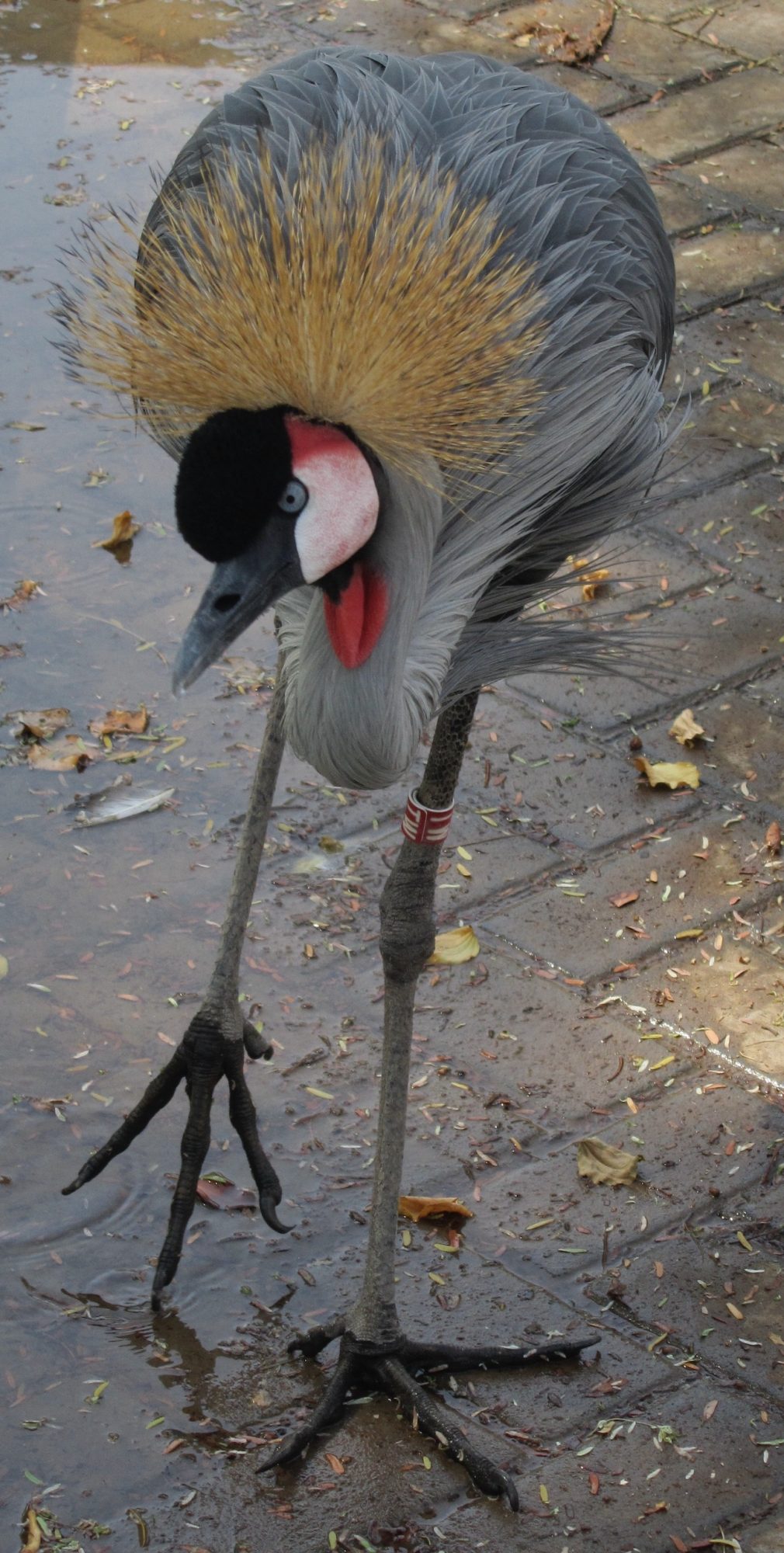 Entering this place was like turning up at a Disney wonderland. The policy is to let as many animals as possible wander freely through the grounds (obviously predators such as cheetahs have to be kept in enclosures to protect the rest). As I drove through the front entrance I was met by a delightful scene as small deer, exotic birds and many other species stood together on an area of grass. A huge tree with overhanging branches and foliage provided shade from the Dubai sun.

This centre, too, has a wide range of animals, including kangaroo, ostriches and various deer species. There is also a group of greater flamingo – known as a “pat” – and I was shown some unfeasibly cute chicks. A breeding programme to safeguard the endangered northern bald ibis was under way when I visited. 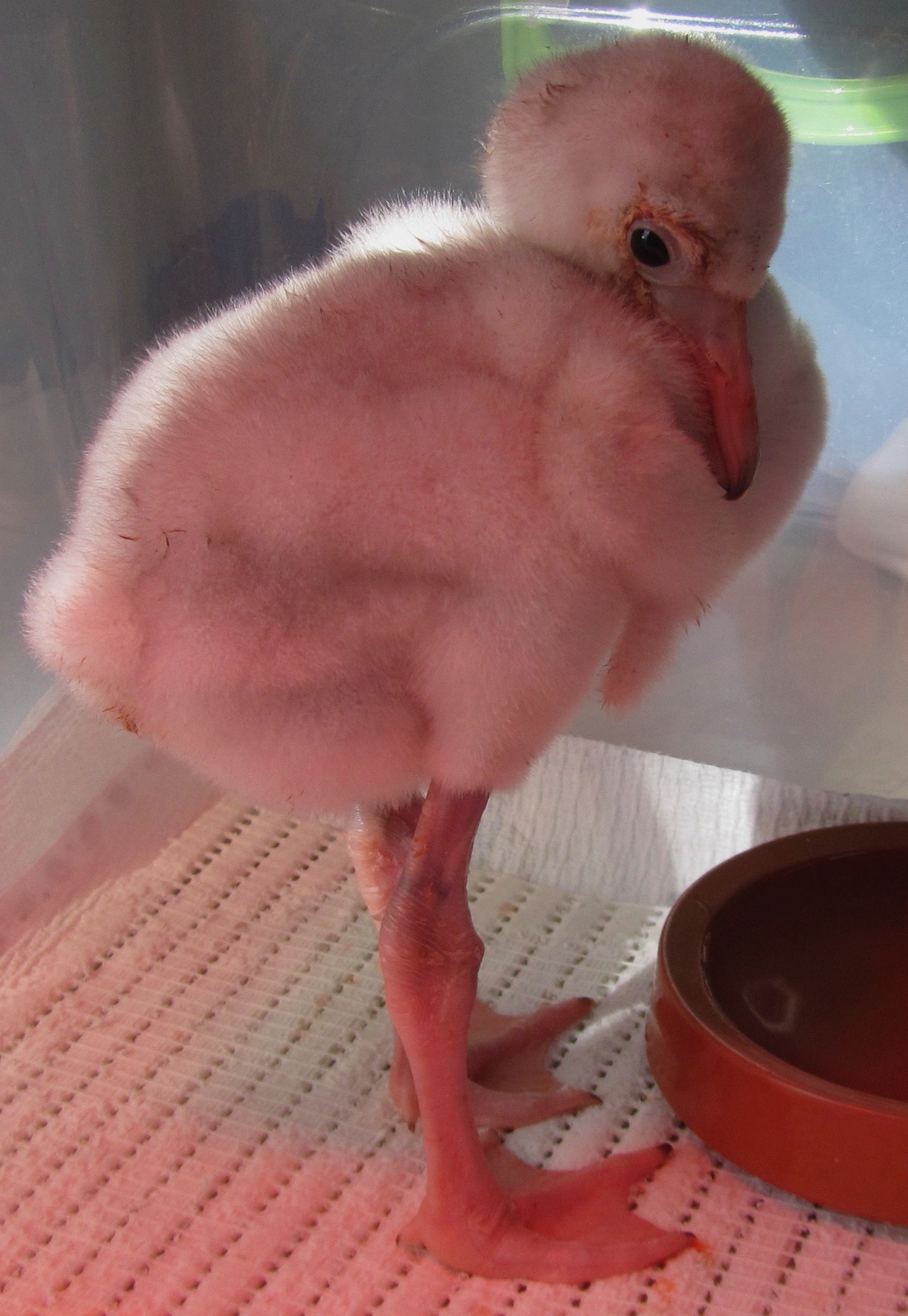 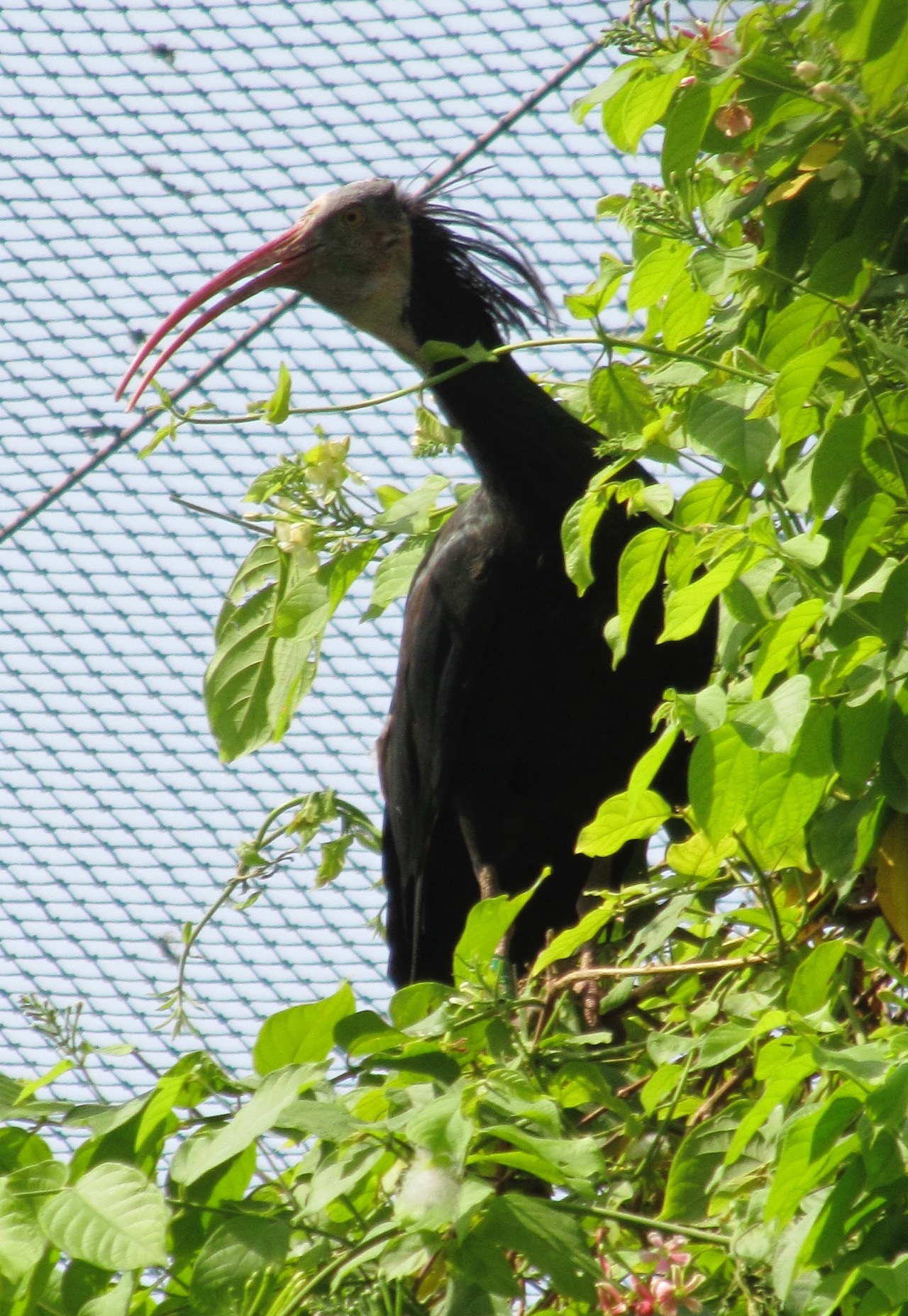 Both of these legitimate centres are well run by professional managers who are committed to conservation, and the animals are healthy and properly cared for. Unfortunately, the same cannot be said about other unofficial private zoos, where big cats and other species suffer from neglect and mistreatment.

I visited one where a lion that had been declawed to make it less dangerous to its handlers. The pain from the procedure was clearly causing the animal considerable distress. 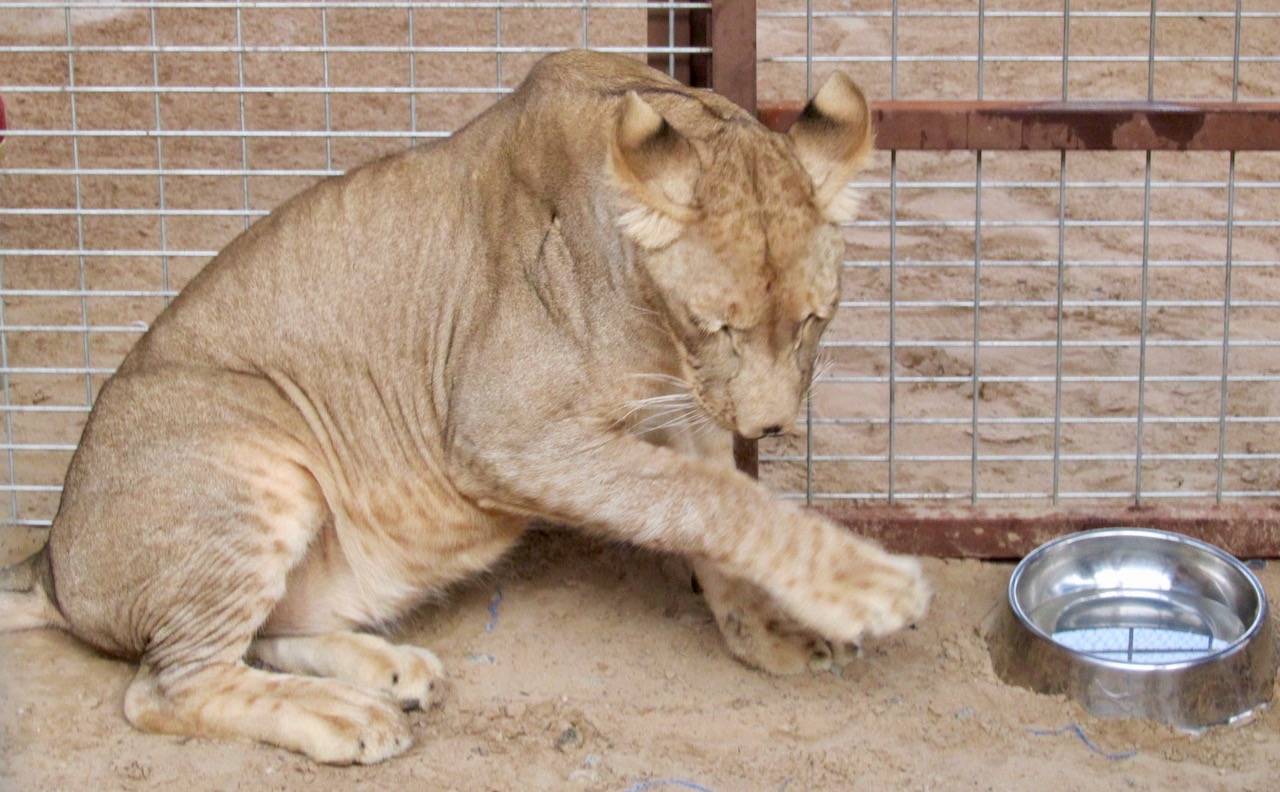 Big cats are popular as pets in the Gulf states, and photos of young men showing off their cheetahs or tigers are all over the internet. Many show the animals sitting in the passenger seat of Ferraris and other expensive cars as their owners drive. One video shows five tigers – including white ones – on a beach close to the famous Burj Al Arab luxury hotel.

The private ownership of exotic wild animals has been outlawed in the United Arab Emirates, of which Dubai is part, but according to reports the trade has simply moved online. 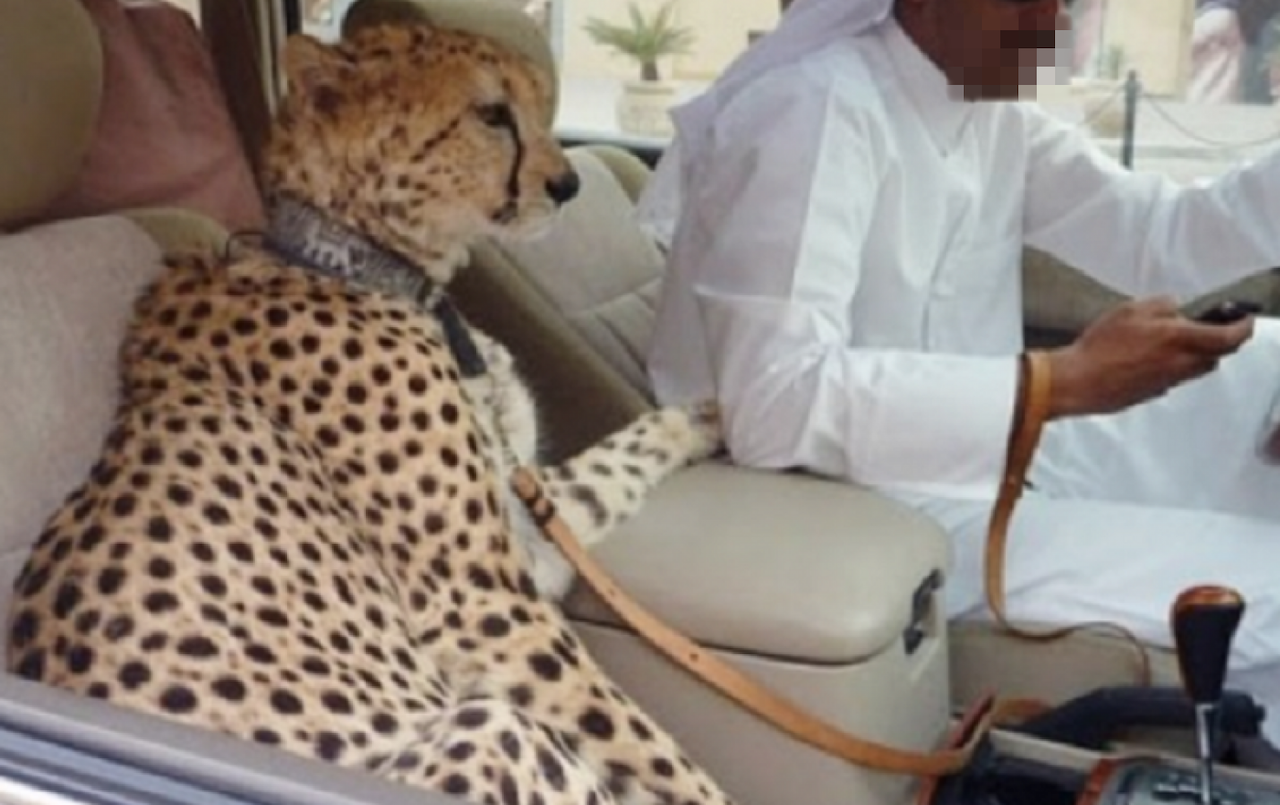 Big cats are popular as pets in the Gulf states, and photos of young men with cheetahs or tigers are all over the internet. Many show an animal sitting in the passenger seat of a Ferrari or other expensive car as its owner drives. One video shows five tigers – including white ones – on a beach close to the famous Burj Al Arab luxury hotel.

A friend in Dubai found a dead ocelot abandoned in a dumpster on a street, and a vet told me of a collector whose cheetahs kept dying – four in less than a year. Not surprisingly, the Middle East exotic pet trade is putting wild populations in Africa under severe pressure.

So while the conservation work carried out at the legitimate sites is commendable, there is a dark side to Arabia’s love of exotic animals.

Oaxaca, Mexico: The Breathtaking City
Explore
1
We use cookies to collect and analyse information on site performance and usage, and to enhance and customise content and advertisements. By using our site, you consent to our privacy policy and use of cookies. Learn more.