North Korea, a name which upon mentioning, often conjures up images of an evil dictator, a state gone rogue with a gargantuan amount of nuclear missiles, and a strong intolerance towards foreign ideas and individuals. They seem to deviate from the contemporary world, in terms of their way of life and developmental goals, with progressive concepts such as technology and feminism falling out of reach for them. These seem to form the basic understanding that the world has of North Korea - backwards and uncompromising.

However, how much do we know about the social life within North Korea, beyond its nuclear testings and whimsical actions of its Kim dictator? The Travel Pad collates 10 mind-blowing facts that are a must-read for those interested in North Korea! 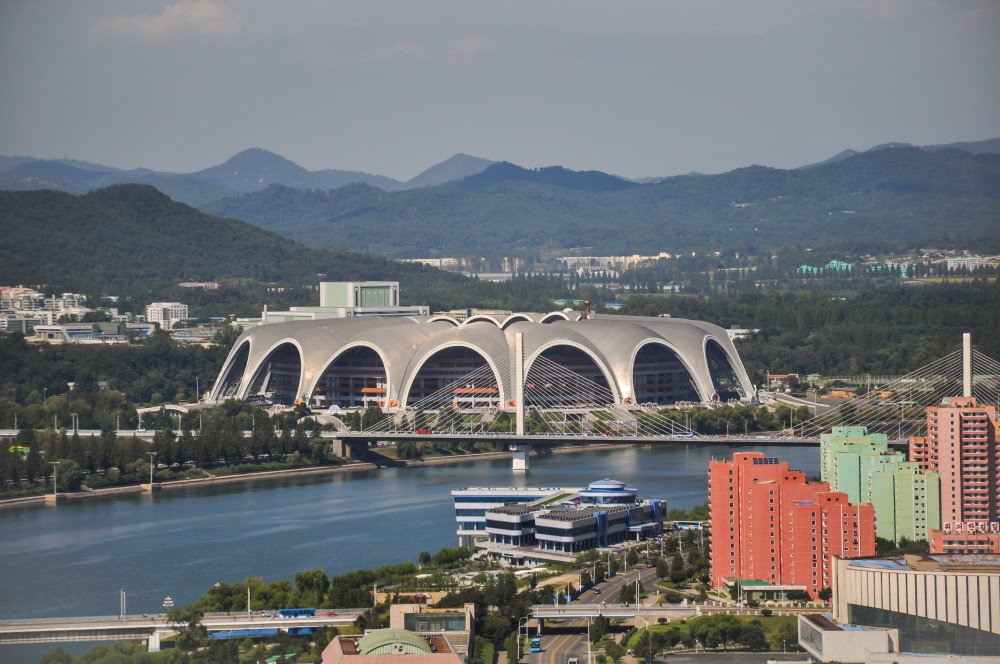 1.  The largest stadium in the world is in Pyong Yang! The May Day stadium, occupying a space of 51 acres, is able to accommodate 114,000 people.

2.  According to Kenji Fujimoto (pseudonym), a former chef sushi chef for Kim Jong-Il between 1988 to 2001, he claims that both Kim Jong-Il and Kim Jong-Un bear a distinct liking for shark fins, drinking this soup for up to three times a week. He also made the accurate prediction that Kim Jong-Un rather than Kim Jong-Nam would take over the position as Supreme Leader of North Korea. While many doubted the veracity of such claims due to ongoing expectations of Kim Jong-Nam to succeed his father, Fujimoto's prediction was affirmed in December 2011, proving his reliability as an informant. 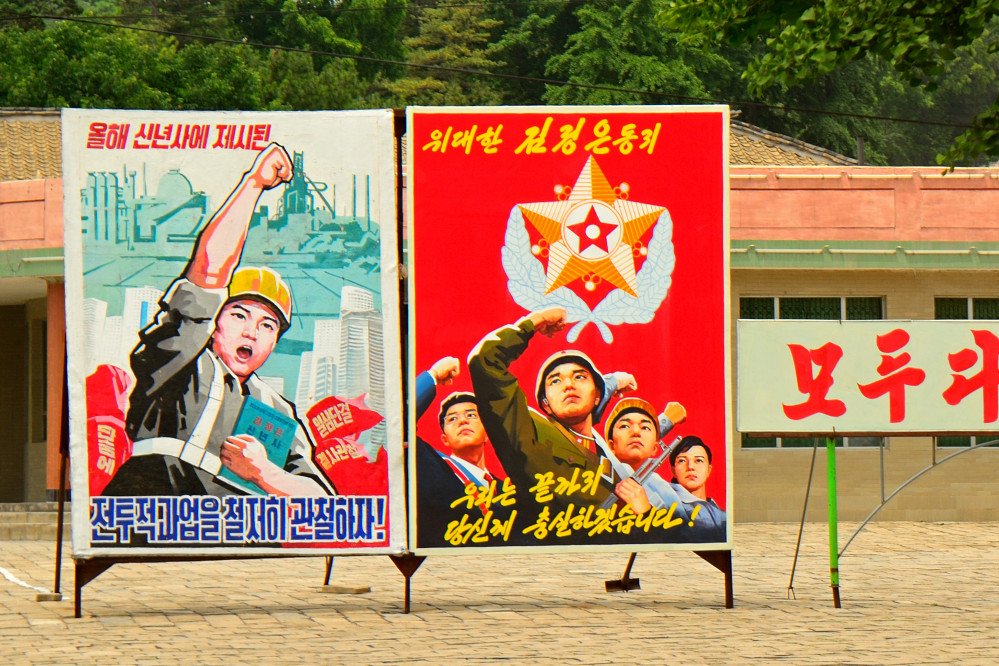 3.  There are 3 main TV-channels in North Korea, with Korean Central Television (KCTV) as the main channel. While South Korean operas and dramas are extremely popular amongst the North Korean locals, individuals caught watching or smuggling them in can face punishments such as death penalties.

4.   North Korea lives in its own time zone, otherwise known as Pyongyang Time. It is 30 minutes behind South Korea and Japan.

5.  Kim Jong-Un's eldest brother, Kim Jong-Nam, was assassinated in Malaysia in 13 February 2017. According to some sources, Jong-Nam was possibly murdered on the orders of Kim Jong-Un, where the former was attacked with VX (a deadly chemical weapon banned by the Chemical Weapons Convention of 1993, which North Korea is suspected for holding a large amount of it). 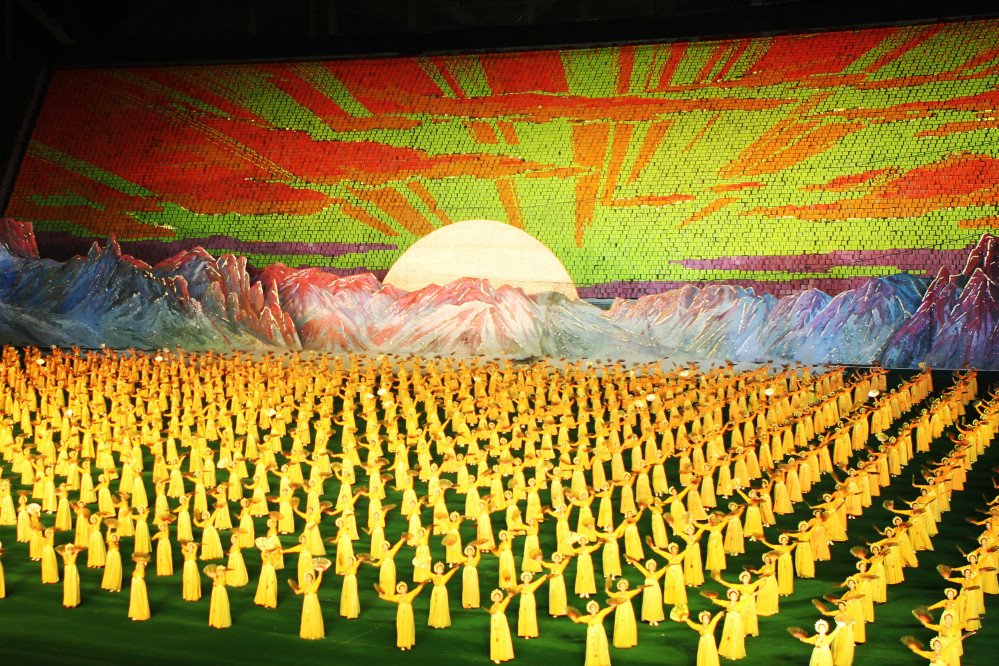 6.  In August 2007, the Arirang Mass Games was recognized by the Guinness World Record as the largest gymnastic display, with 100,090 gymnasts performing at once.

7.  In 2013, 6 men and 1 woman defected from South Korea to North Korea, after one of them posted a series of pro-North Korean messages online, which was published in the country's main newspaper thereafter. Thinking that they will be welcomed in the nation, they made their way to North Korea. Following the entrance into North Korea, the 7 defectors were imprisoned for as long as 45 months. However, not long after their return to South Korea, the survivors were imprisoned for 10 years due to their attempts at defecting to the North. 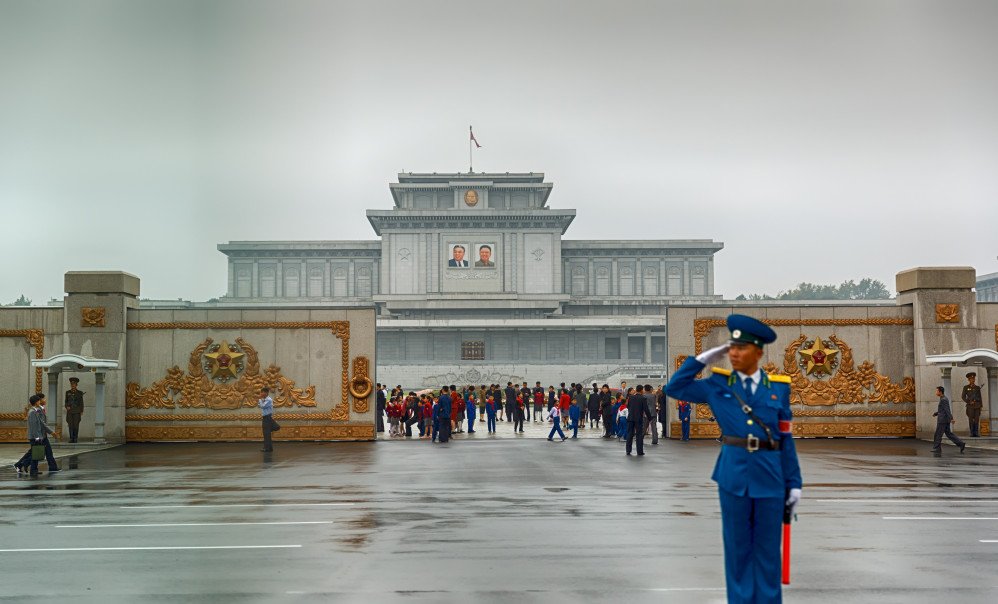 8.  One of the key tourist attraction in North Korea includes the visit to Kim Jong Il's preserved body.

9.  Moranbong Band, otherwise known as the Moran Hill Orchestra, is an all-female music group in North Korea in which its members are all single-handedly picked by Kim Jong-Un himself. The leader of the pop, rock and fusion girl group, Hyon Song-Wol, also holds key positions in the inner party of North Korea's central committee. During South Korea's PyeongChang Winter Olympics, she has caught the attention of many news outlets as she dons on fashionable clothing and accessories, with one source claiming a bag that was similar in design to those from French luxury brand, Hermes.

10.  One of dictator Kim's brothers, Kim Jong-Chul, is a superfan of Eric Clapton. Some sources revealed that he has travelled to both London and Singapore to view Clapton's concert, and have requested for Clapton to perform in North Korea in 2007. In one video shot by the Japanese TV news crew, Kim Jong-Chul was spotted wearing a black leather jacket and shades.