Fire, the first of the four elements, to which energy, determination and passion are associated, is the symbol of a country that today is a fascinating contrast between antiquity and modernity, a not so well-known land yet home of the world's economy: Azerbaijan.

Azerbaijan, in fact, in addition to being the largest country in the Caucasus, is one of the most important lands in the world for the supply of raw materials, such as gas and oil. In this regard, the Azerbaijani territory takes the nickname of the Land of Fire, as the gas fields give rise to  perennial natural fires, which can still be seen in the area of Yanar Dag, a small rise of the Absheron Peninsula, located about 25 km northeast of the capital Baku.

Yanar Dag is one of several spontaneously occurring fires to have fascinated and frightened travellers to Azerbaijan over the millennia. Even Venetian explorer Marco Polo wrote of the mysterious phenomena when he passed through the country in the 13th century. 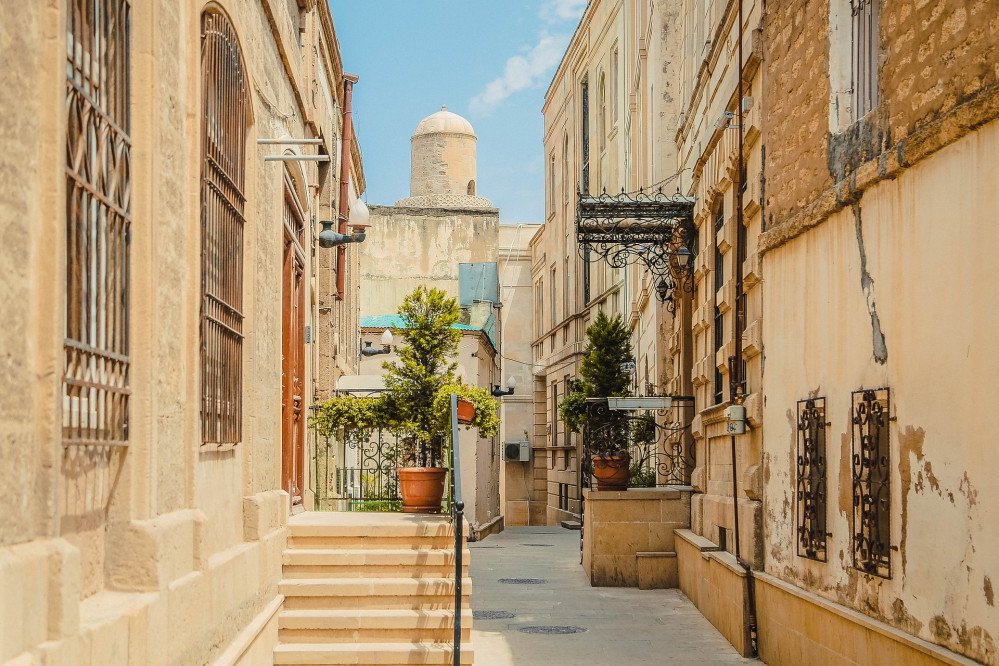 A Bit of History

Azerbaijan is a geographical name. On the one hand, this name is linked with the population which has lived in this region for thousands of years before our era, and who were mostly fire-worshippers. The local community considered that fire to be their God and so they worshipped it. "Azer" means fire.

The word "Azer" consists of two parts - "az" and "er". In Turkish languages, "az" means a good intention and a fate of success. Thus, the word "Azer" means "a brave man", "a brave boy", "the fire keeper". The word "Azerbaijan" originates from the name of an ancient Turkish tribe, who resided in those territories.

I travelled to Azerbaijan for a reason: to see the famed Flames Towers of Baku.

The national emblem is located at the highest point of the city, representing three towers (the tallest reaches 182 meters) with the shape of flames. It is composed of more than 10,000 LEDs which can create unique illustrations at night with its always changing colours and graphics - enchanting inhabitants and tourists of the capital when it’s dark with a real open-air show visible from every point of the city.

In Baku you don’t speak fluent English, but Azeri, Russian and Turkish; you eat Arabic, Persian and Mediterranean; you mainly believe in Islam, but you dress in Western style; you get lost in the narrow streets within the walls of the old city but you meet the sea along the long and wide avenues surrounded by buildings in Gothic and Baroque style, which, gradually, are replaced by blocks of buildings in Soviet style until you get to the symbol of absolute modernity: the Heydar Aliyev Cultural Center, designed by the innate talent of Zaha Hadid. 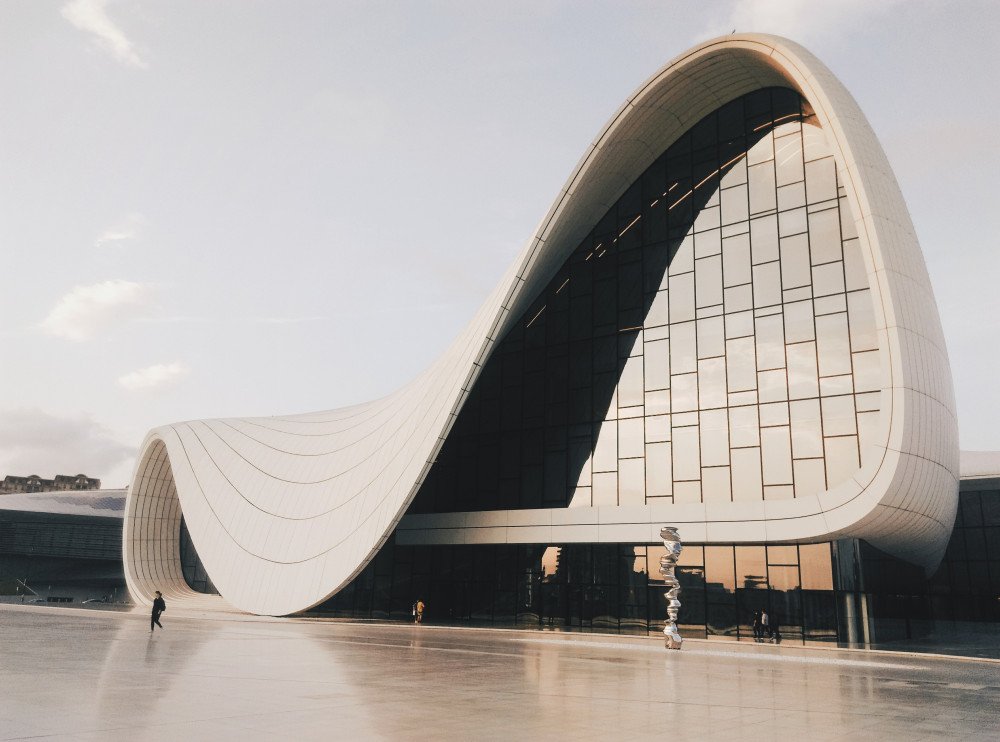 The idea of the Iraqi designer was born to contrast the static and rigid architecture of the Soviet era: with its fluid form, in fact, the architectural representation of the Heydar Aliyev Center looks completely different depending on the angle from which you look. Whether you are an urban design lover or not, this architectural masterpiece is not to be missed!

Another must-see in Baku is the Old (or inner) City, also called Icherisheher in the local language. With its mixed styles, it represents an outstanding and rare example of a historic urban ensemble and architecture with influence from Zoroastrian, Sassanian, Persian, Arabic, Ottoman and Russian cultures.

You can easily smell history while walking through and inside the Shirvanshahs Palace, which is a 15th-century palace built by the Shirvanshahs and described by UNESCO as "one of the pearls of Azerbaijan's architecture". It is located exactly inside the Inner City of Baku, and, together with the Maiden Tower, forms an ensemble of historic monuments inscribed under UNESCO World Heritage of Historical Monuments.

Last but not least, Azerbaijan is a very safe country, and even though the majority of people struggle to understand English, they still make sure to help you out as much as they can.  And this is precisely what I mean when I say “traveling is finding the real beauty of the world”, which is made by people and their warm hearts. 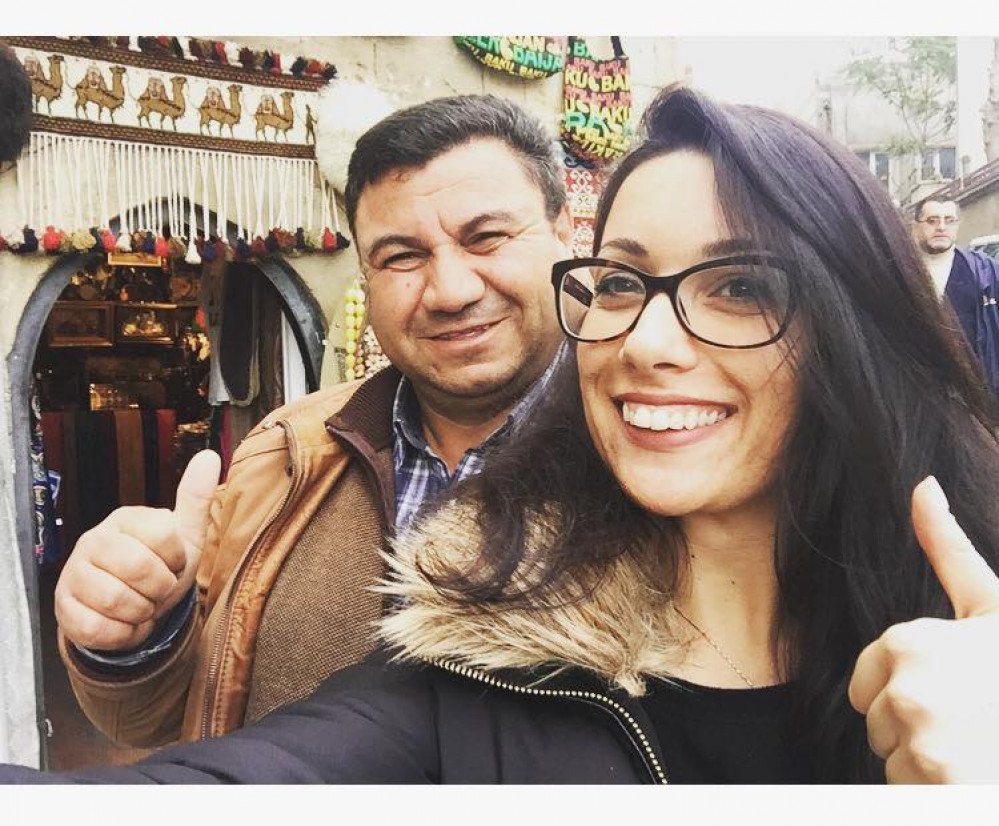