If you find yourself constantly on the hunt for something adventurous to do, why not visit a cultural festival in a different country? Cultural festivals often have historical significance and can be incredibly popular, as seen in the Comic-Con event in San Diego. By visiting these festivals, you can learn more about the culture and history of the country, as well as gain the opportunity to be a part of the community as they participate in the celebrations. From an insanely fun festival that requires dressing up to one that involves freezing ice sculptures, here are some of the coolest cultural festivals around the world that you should visit!

Day of the Dead festival in Mexico 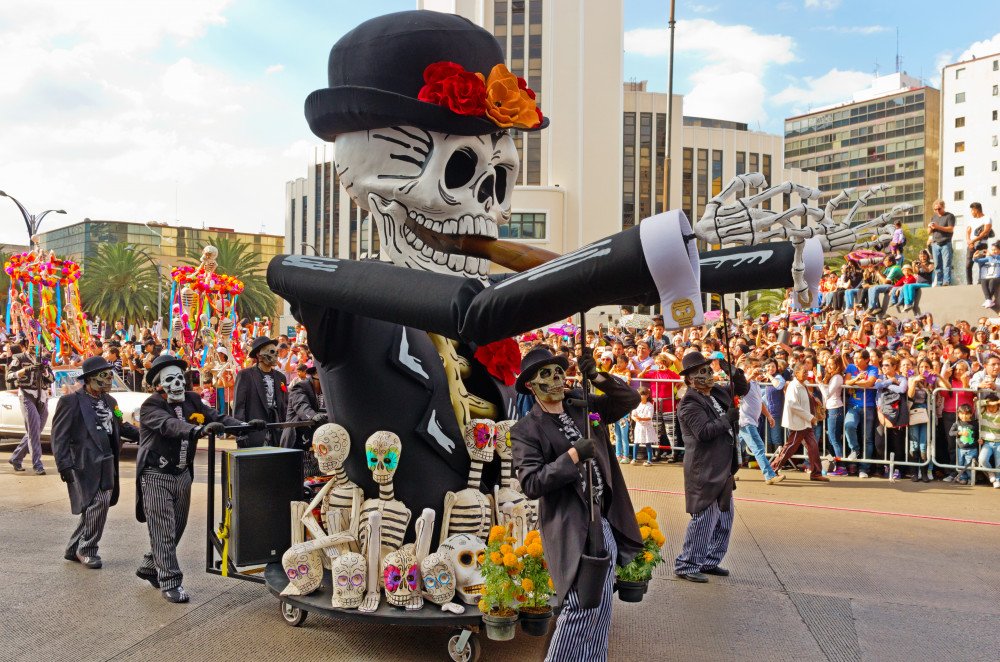 Fans of James Bond's films may remember the opening scene in Spectre (2015), where the spectacular Day of the Dead parade was shown in its full glory, complete with stunning outfits and outlandish makeup. However, what some people may not know is that the parade did not exist at that time! The lavish parade was only officially announced by the state following inspirations from the Bond movie and began its commencement in 2016. With its lively parades, fantastical elements and abundant decorations, the Day of the Dead festival is a unique cultural experience that will leave you inspired and overwhelmed by the creativity displayed. The parade is based on the Dia de los Muertos ceremonial gathering, where family members gather to remember those who have departed. 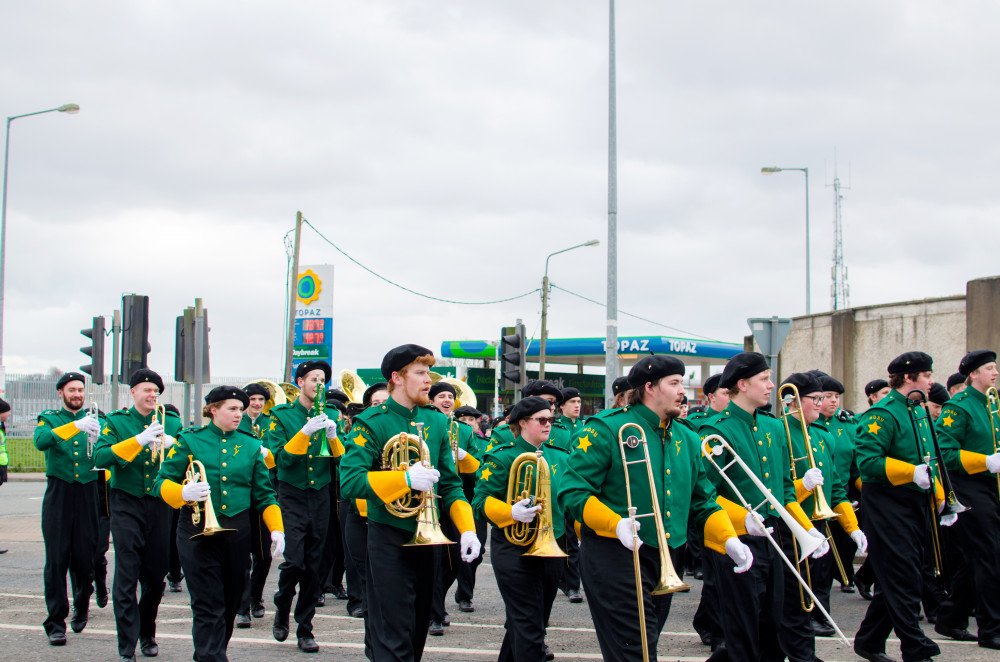 Saint Patrick's Day is a celebration of Irish culture and heritage, where people dress in green and partake in traditional food and drinks. While the celebration can also be found around the United States of America and in other countries, the festivities in Dublin are perhaps the most well-known. You can expect to see the St Patrick's Festival Parade, which involves a number of colourful floats and marching bands. Be sure to walk around at night, as apart from the many bustling pubs that you can visit, you can also take a stroll around town to find the iconic buildings that are lit up in green lights. 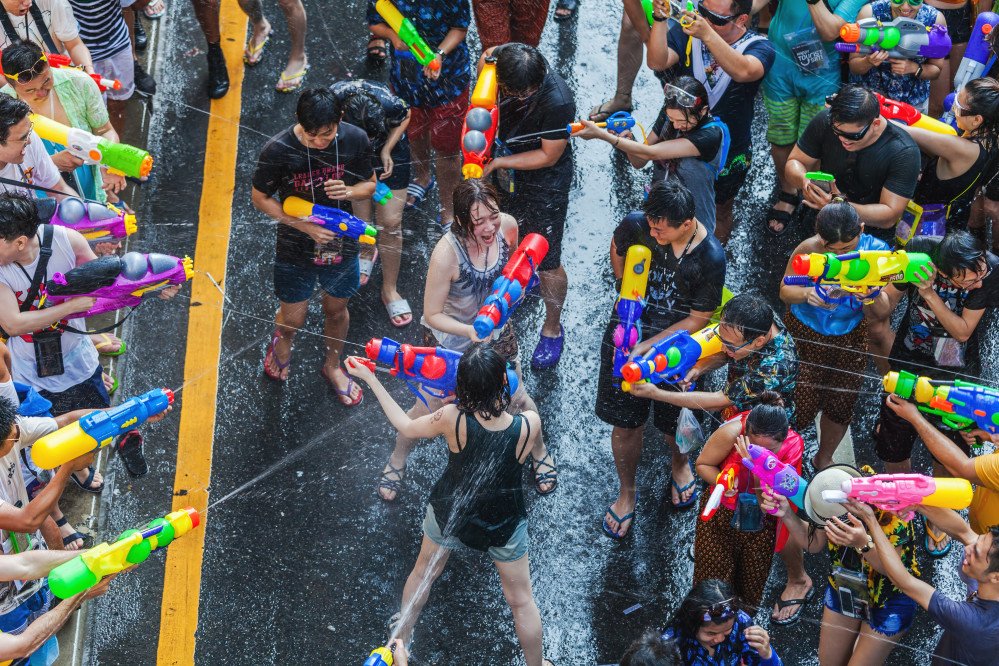 If you plan on visiting the Songkran Water Festival in Thailand, be prepared to have shot down by numerous water guns! As its name suggests, water is a major part of the celebration, as it symbolises purification and the washing away of bad luck. The annual celebration is incredibly important to the locals, as it is tied to the Buddhist religion and involves paying respect to their elders. Due to its significance, the Songkran Water Festival is celebrated in various parts of Thailand, from Chiang Mai to Ayutthaya, which is the country's ancient capital. 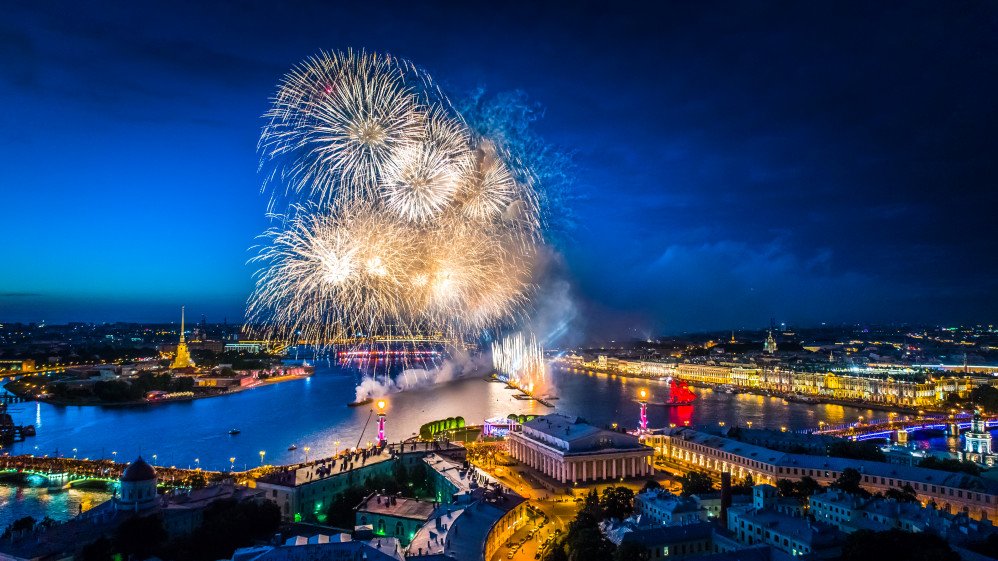 Night owls that are on the lookout for evening cultural events will have to visit the White Nights Festival in St. Petersburg, Russia. The festival spans two months and involves the showcase of wonderful performances, including ballet, classical music and opera to other forms of arts. The name of the festival is derived from a natural phenomenon that affects Russia, where the sun does not fully set around the time of the summer solstice and is instead visible at night. Apart from performances, visitors during the festival can also enjoy free entry into some of the most acclaimed art galleries and museums in St Petersburg until the wee hours of the night. 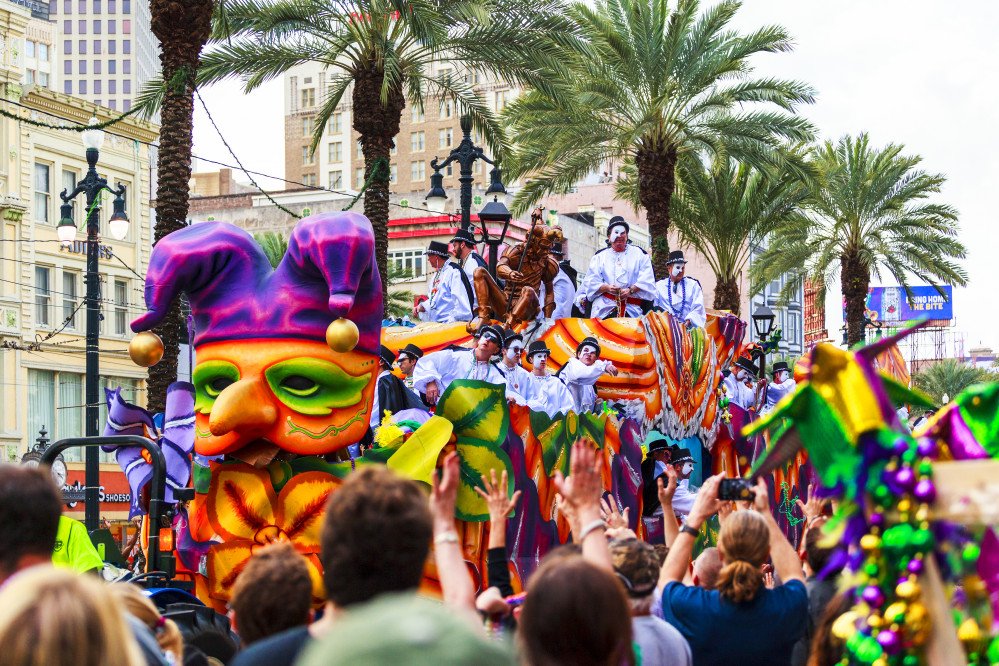 While the Mardi Gras celebrations take place for an entire month, the actual holiday is on Mardi Gras Day, which is also known as the last day before Lent and Fat Tuesday. During the celebrations, everyone in the city will partake in the annual festivities, which involves bead-tossing, elaborate costumes, and magnificent krewes (parades). Each krewe has a theme that changes every year, which can be inspired by entertainment and history. Be sure to try the King's Cake, as it is only available during the Mardi Gras celebrations. 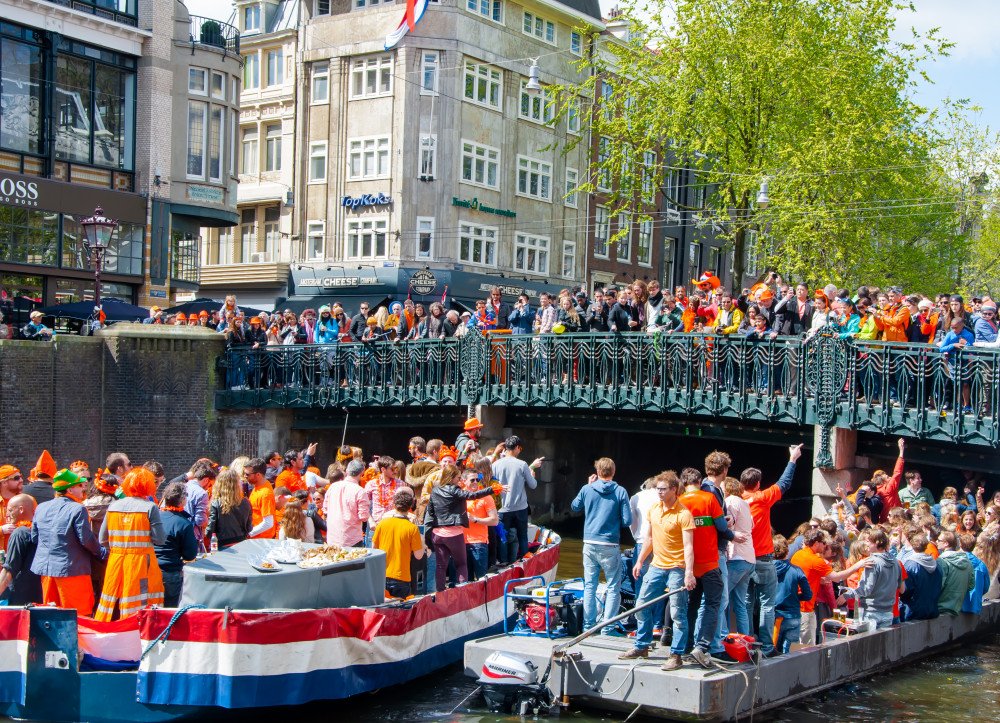 While it may be known as the King's Day today, it was originally Queen's Day till 2013 and was celebrated to honour the monarchy and promote the patriotic celebration. On King's Day, everyone celebrating the holiday wears orange and some even put on orange face paints and wigs. The celebration is incredibly popular, with 250,000 visiting Amsterdam by train to join in the festivities. Activities include a citywide street market, boat parties, and large-scale music events on the outskirts of the city. 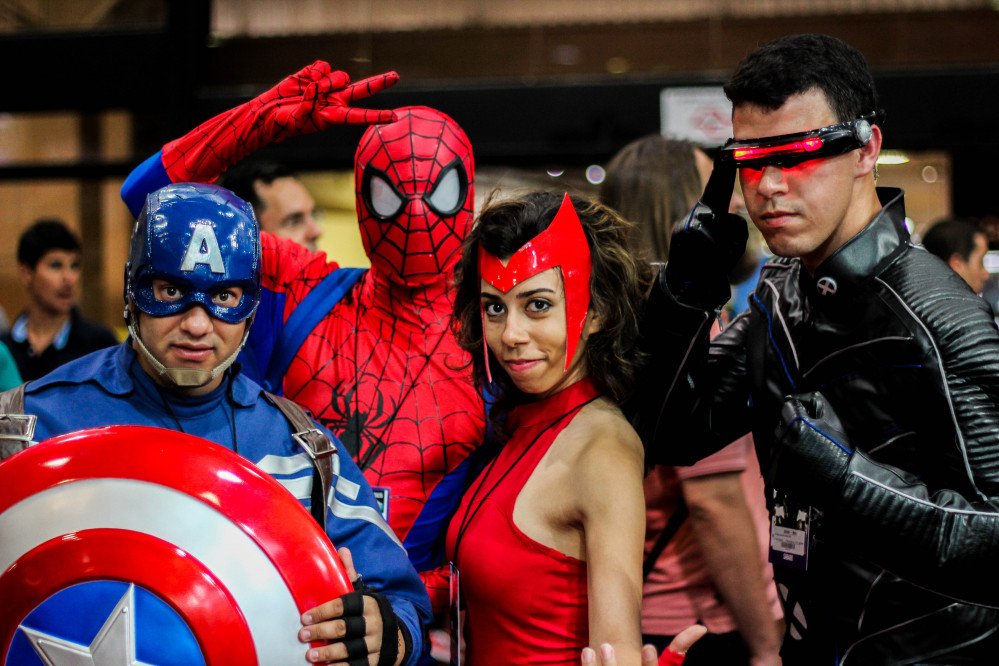 If you are a fan of comics, science fiction, and movies, Comic-Con International will be your dream festival. The convention offers a massive list of activities, from anime and film screenings to hands-on workshops. As one of the world's largest comic and pop culture festival, Comic-Con International is a must-visit event for any fan who wishes to meet their favourite graphic novelist or attend panel discussions about their interest. The event is also known for its cosplay, where dedicated fans devote their time to creating a costume of their favourite characters. If you plan on visiting Comic-Con, why not consider creating your own costume? 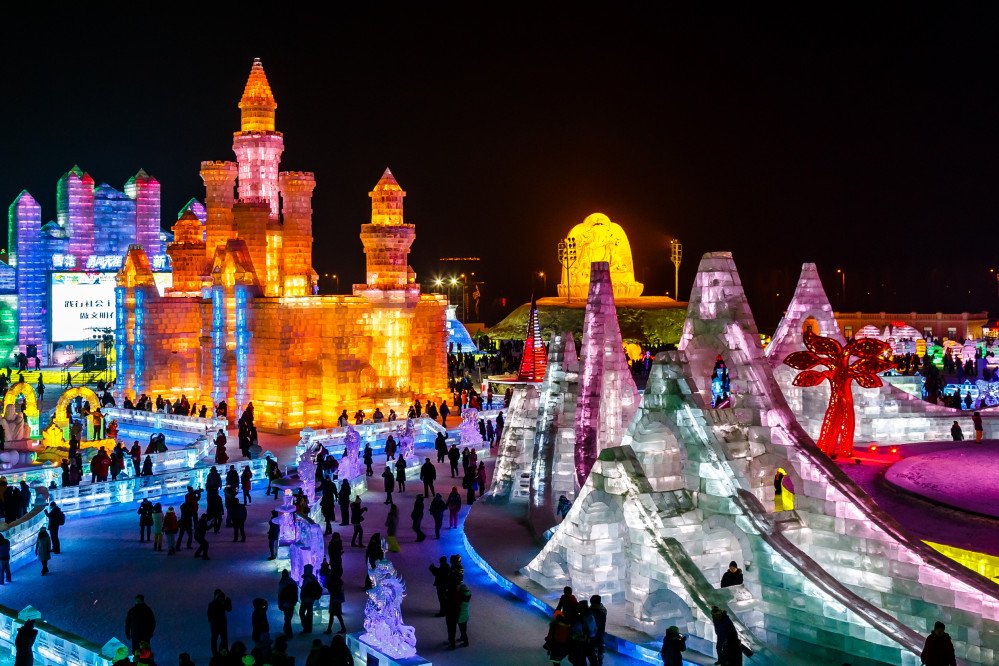 If you plan on attending the Harbin International Ice and Snow Sculpture Festival, you should be prepared for freezing cold temperatures that can range from -25°C (-13°F) to -10°C (14°F). However, the low temperatures are ideal for hosting the world's largest ice sculpture festival that attracts over 10 million visitors every year. The Harbin International Ice and Snow Sculpture Festival eclipse all other winter ice sculpture festivals with its sophisticated lighting system and massive scale, as some creations can reach be above 40 metres in height! Visitors will have an incredible time looking around at the array of fantastic sculptures and participating in the other recreational activities available.

Visit any of the exciting cultural festivals that can be found around the world to learn more about the traditions in the country. As many of the festivals are very popular, it may be necessary for you to book your tickets and accommodations months in advance!