“As for me, I am tormented with an everlasting itch for things remote. I love to sail forbidden seas, and land on barbarous coasts.” ~ Herman Melville

The Republic of Djibouti is a former French colony that gained independence in 1977. It is located at the southern end of the Red Sea, in the Bab ed-Mandeb strait. It borders with Eritrea in the north, Ethiopia in the west and south, Somalia in the south-east, while on the other side of the sea, just 30 km away in the Arabian Peninsula, is the State of Yemen. Its population, of about 800,000 inhabitants are almost all Muslim and is comprised mainly of Somalis and Afar.

Djibouti would seem an unusual destination to travel for a vacation, however, given my passion for adventure (and sometimes misadventure) and for exploring emerging economies, well, Djibouti was a must-see for me and my Swedish friend, Josefine. In fact, the tiny State in the Horn of Africa is not only one of the least visited countries anywhere, but also the home of many geological wonders, unknown to most.

Here is a list of wonders not to be missed when you visit Djibouti:

At 60 degrees Celsius in August and at 155 meters below sea level, Lac Assal represents the lowest point in Africa. Completely isolated from everything and everyone, surrounded by rocks and immersed in the Gulf of Tadjoura, it is undoubtedly one of the most beautiful places I have ever visited. 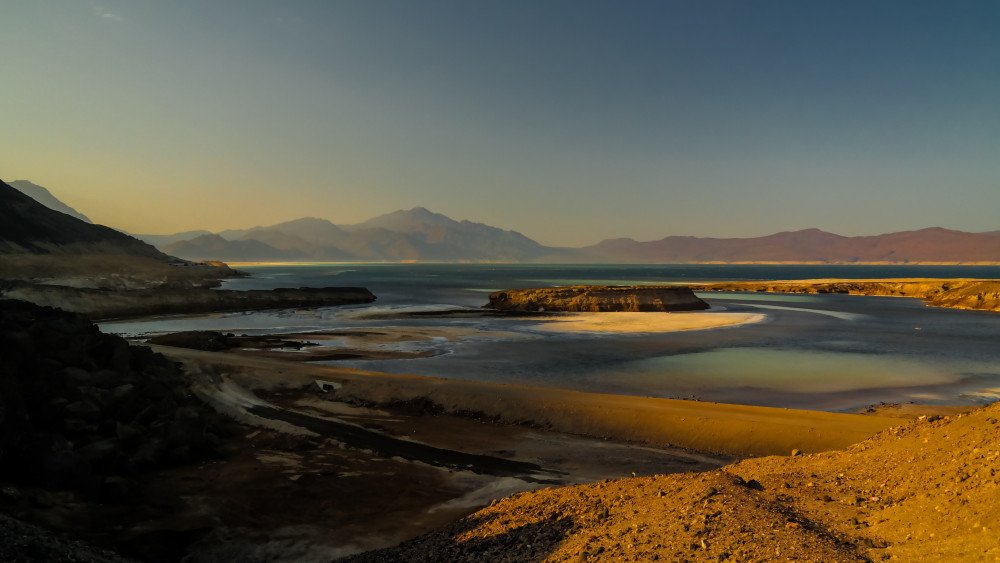 Just about 3 hours by car from the city, this place feels like Mars during the hot season! Incredible and fascinating how indigenous people can live there: surprisingly, we found a little girl trying to sell salt to us for just a bottle of water in return. Needless to say that we gave her all the bottles of water we had.

Money? She didn’t even know what money was. She just wanted water and food.

Located 140 km southwest of Djibouti City on the Ethiopian border, Lac Abbé sits on a plain known as the Afar Triple Junction. Here lies the central meeting place where three divergent segments of the Earth’s crust – the African, Somalian, and Arabian tectonic plates – are pulling apart from each other at different rates. 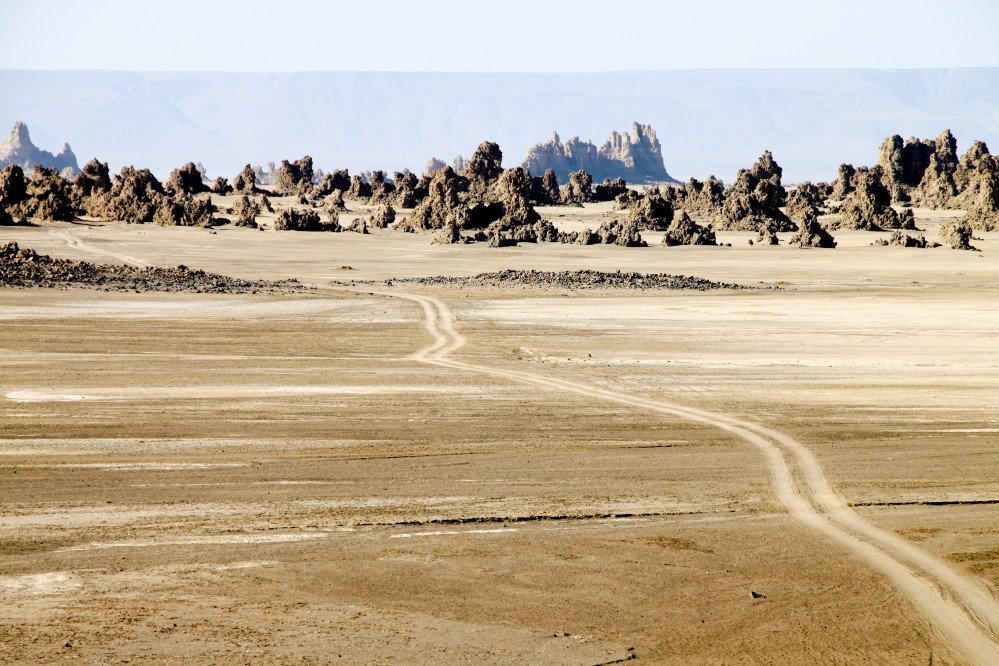 Not only a geological wonder, Lac Abbé is also home of flamingos’ reunion! In fact, you can easily find a spectacular view of the lake filled with flamingos everywhere, showing up at dawn.

Visiting the country during summer can be suffocating due to the extreme heat, but this can also be an excuse to escape to a beautiful, pristine desert sea, as we did. In fact, just 45 minutes from the city lies Ile Mouche, a small island inhabited only by a fisherman, surrounded by turquoise waters and pristine beaches - an absolutely peaceful place that it seems otherworldly! 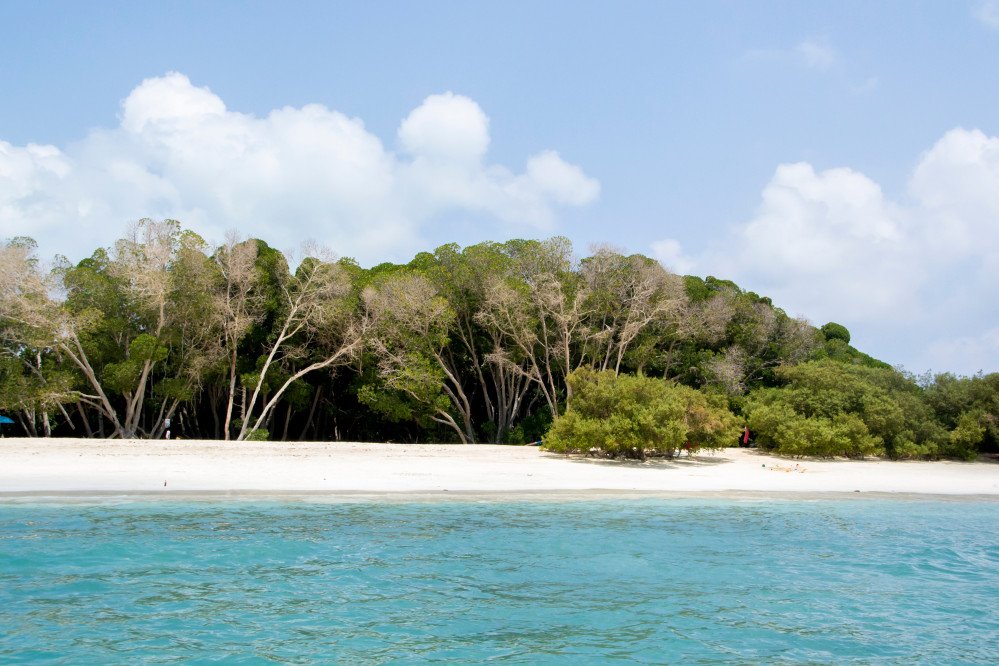 The waters of Djibouti are among the most biodiverse - a true heaven for divers and snorkelers! Between November and January, in the Bay of Ghoubbet, you can also swim with mighty whale sharks.

Josefine and I took a day to tell each other our travel stories. Between dives in the sea and our swims with fish, we reflected on how beautiful the world is, and on how the kindness of the people we met has helped us see the world through a different lens. That same kindness we experienced that day eating fresh grilled fish offered to us by the lone inhabitant of that wonderful island. 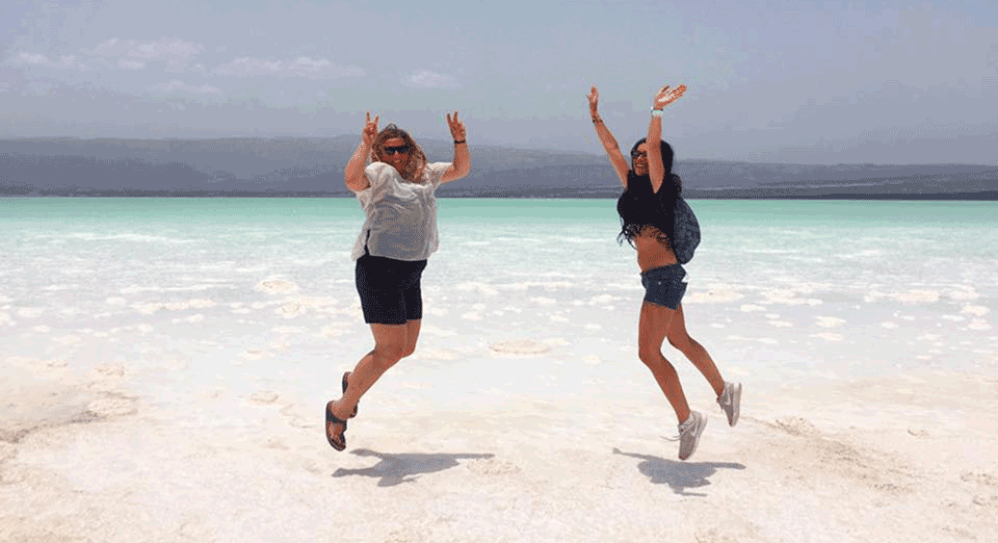 Leaving Djibouti we were surprised when airport officers confirmed that they never receive tourists and that they themselves had not yet visited Lake Assal nor Lake Abbé.