Can’t make it to Japan to see the sakura? Don’t worry. Cherry blossoms aren’t the only flowers to see. In fact, Japan is home to a wide variety of flowers that have different blooming seasons throughout the year. Here is a list of our favourite few, and the best places to view them. 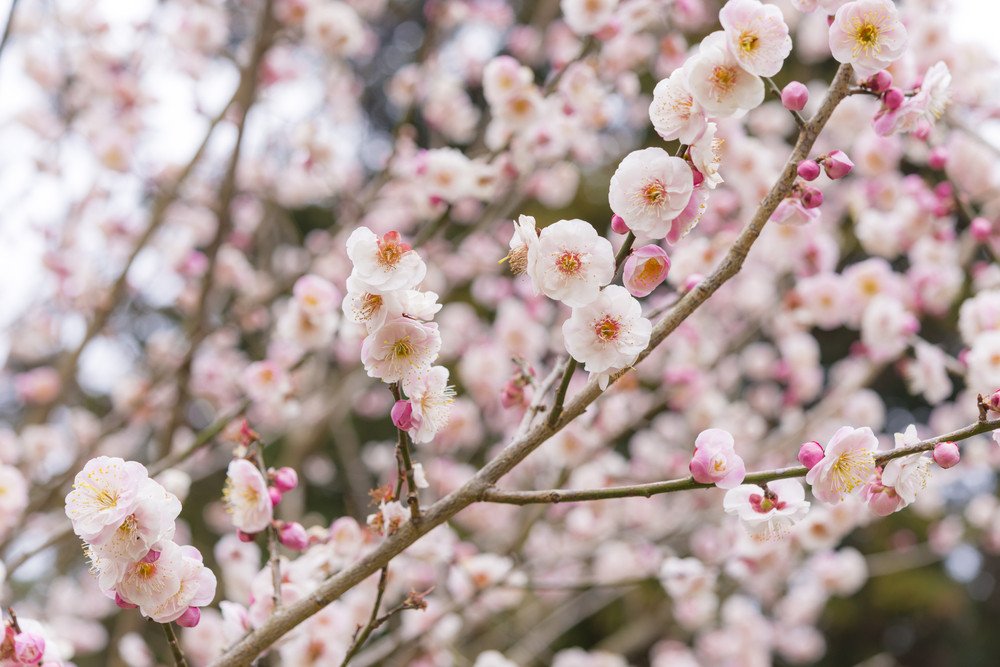 Set against the majestic architecture of Kumamoto castle, the plum blossom trees here bloom beautifully as a mark of the first signs of spring. Several varieties grow on the castle grounds, with flowers of many shades of pinks and whites. While here, don't forget to try the sweet potato manju, a Kumamoto speciality.

Tulips: Late April to early May 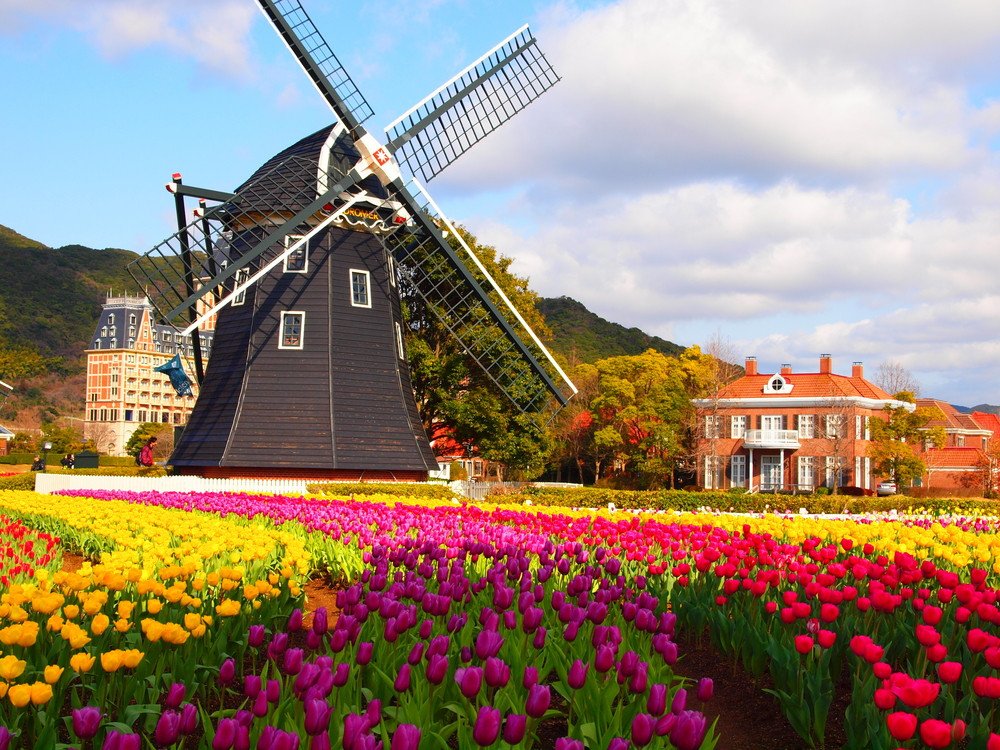 Huis Ten Bosch recreates the scene of a quaint Dutch town with its iconic windmills, bright gardens, canals, and beautiful European style architecture. There is much to do and see in this theme park, and the annual Tulip Festival draws thousands of visitors. All over, you will see more than 700 varieties of tulips spread throughout the compound, with new varieties added each year. 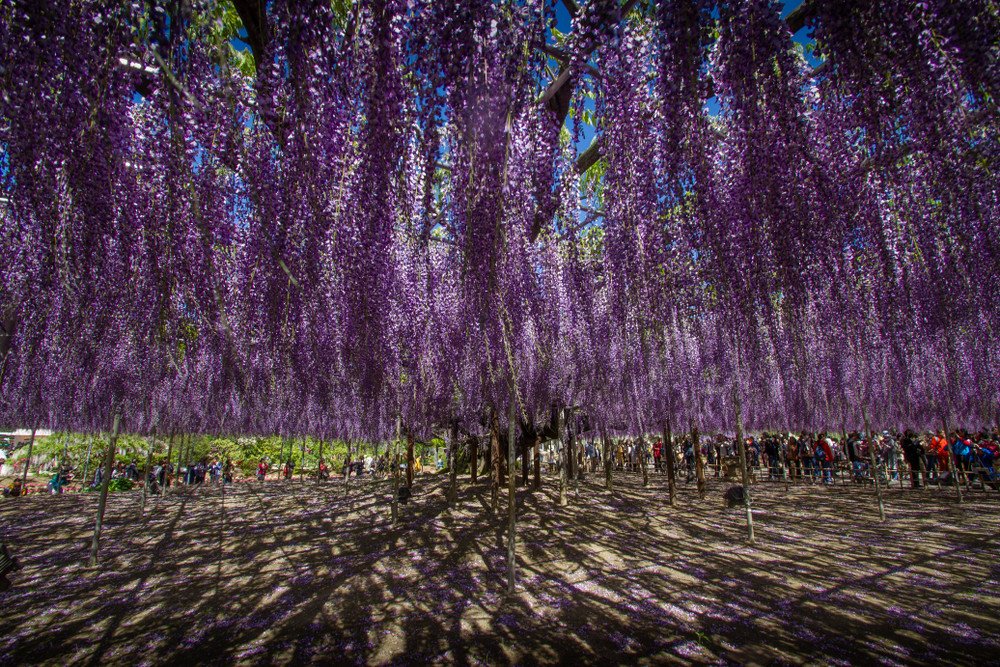 The wisteria is one of the best-loved spring flowers in Japan. Every year, the Ashikaga Flower Park organises a Wisteria Festival, with over 350 varieties of wisteria trees spread across the 92,000㎡ wisteria garden. The park also features two 80 metre long tunnels lined with white and yellow wisteria that make a great spot for pictures. At night, watch the park transform into a magical landscape during the illumination of the garden. 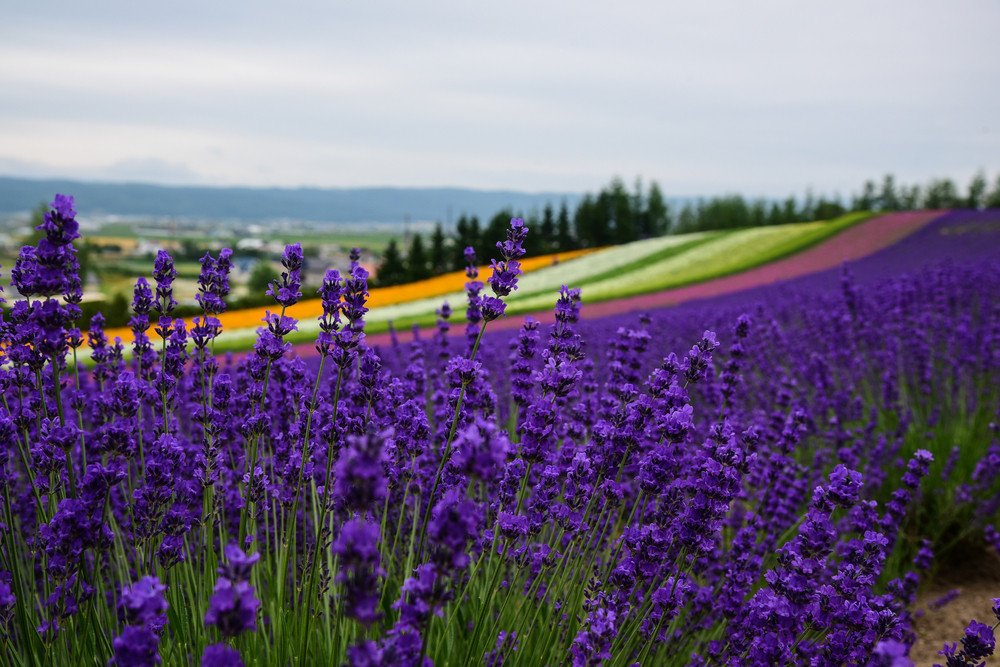 As Hokkaido’s most famous flower park, Farm Tomita boasts about 20 hectares of land with 12 flower fields, including a greenhouse and a white birch forest. It also houses many little rest stops around the compound, where you can purchase souvenirs and snacks made from the lavender grown on the farm, and even try the famous Furano melon. 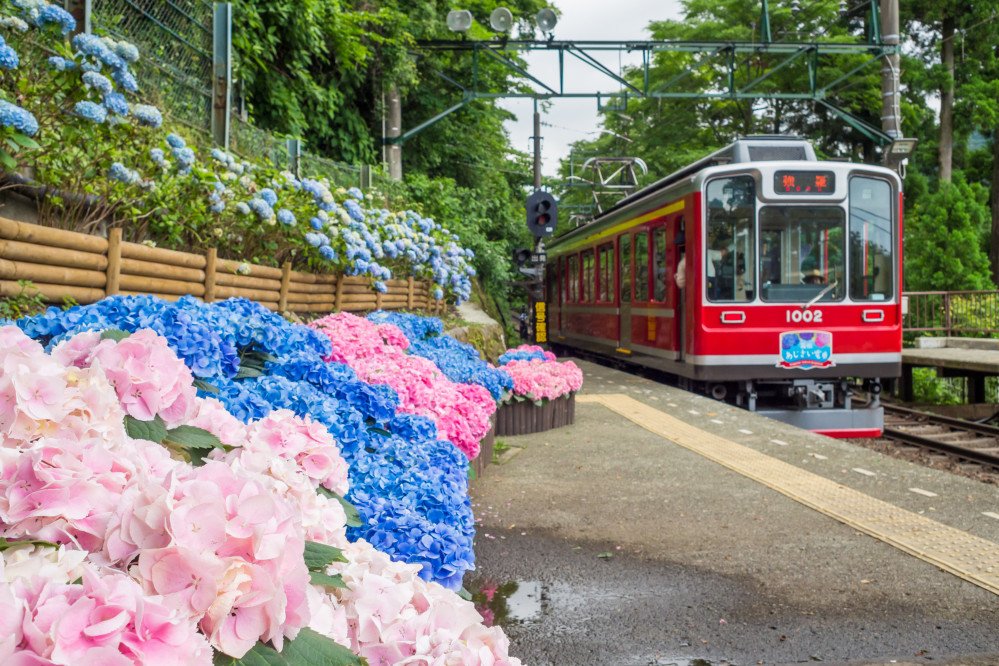 In the summer, the Hakone Tozan line transforms into a breathtaking journey through lush forests, rivers, and past the thousands of hydrangea plants along its tracks. These hydrangea come in a wide variety of colours, from purples to blues to pinks. The best time to view these flowers are early in the morning, when the dew makes the plants glisten and shine under the sun. 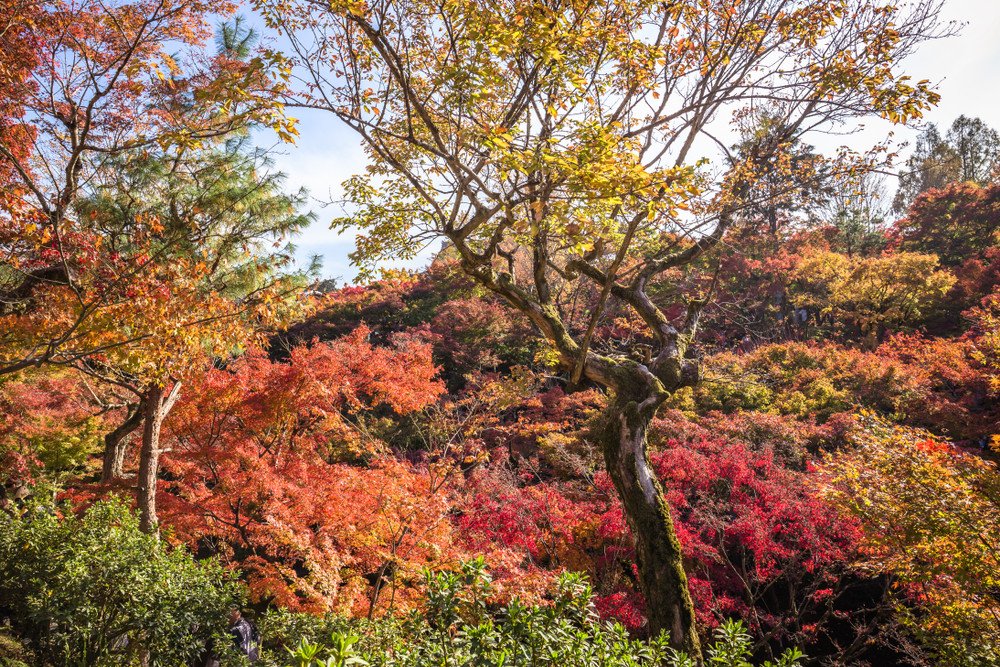 Not a big fan of flower parks? No worries. In the fall, watch the landscape set ablaze by the bright flecks of red, green, and gold that colour the autumn scape of Japan. Be sure to visit the Tofukuji temple, a large Zen temple in Kyoto famous for its spectacular garden view. Be sure to check out the Tsu-tenkyo Bridge that spans over a valley of maple trees.