Nomikai, a term to describe the after-hours drinking among coworkers and friends, is seen as a social etiquette that is exceptionally integral to the Japanese culture. Often held in izakayas, restaurants, or even nightclubs, drinking is part and parcel of networking in Japan, and any attempts at declining such invites can be tantamount to being disrespectful, which can yield unthinkable consequences. 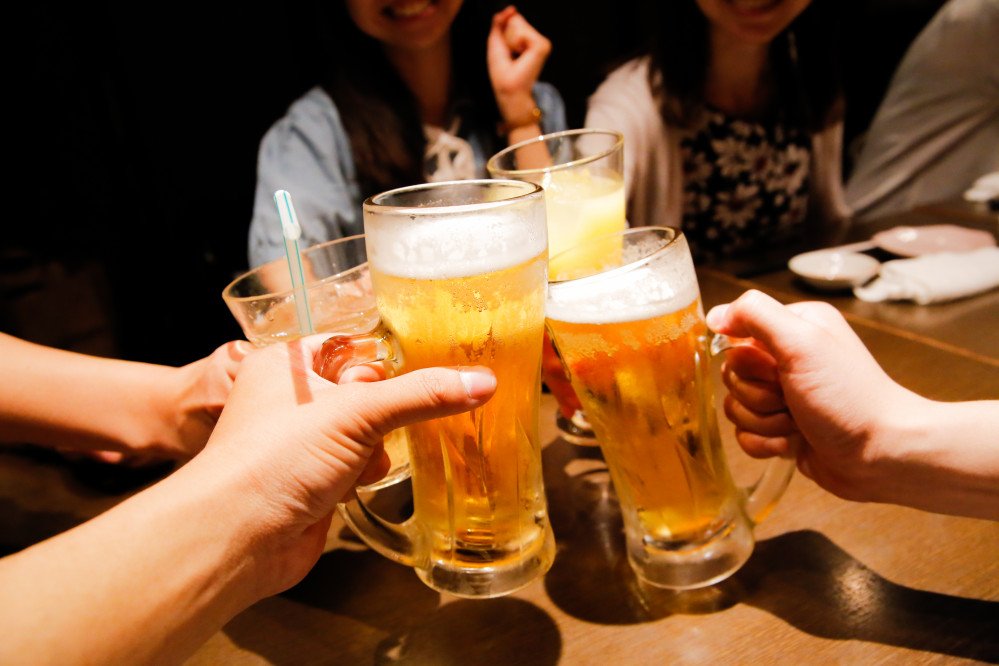 For first-timers in Japan, it is essential to understand the rationale of nomikai before partaking in these social gatherings.

To the Japanese, nomikai is an informal session for coworkers and friends to bond in a relaxed environment. After drinking, people are generally less reserved and this encourages even the shyest of the crowd to become more sociable. More common in the workplace setting, nomikai thus aims to promote relationship-building among coworkers and particularly among bosses and employees.

Unlike numerous patriarchal practices such as the optional afterparty following nomikai, which involves visits to hostess bars, nomikai in theory is an inclusive practice that encourages the participation of both male and female coworkers. Females are expected to drink, smoke and chat with their male counterparts in a no-holds-barred setting. Likewise, the ability to quickly assimilate oneself into such environments can present possible opportunities for individuals looking to climb the corporate ladder. This is relevant for both genders looking at promotion - the key to being considered is hence to participate in nomikai enthusiastically, on most days if possible. 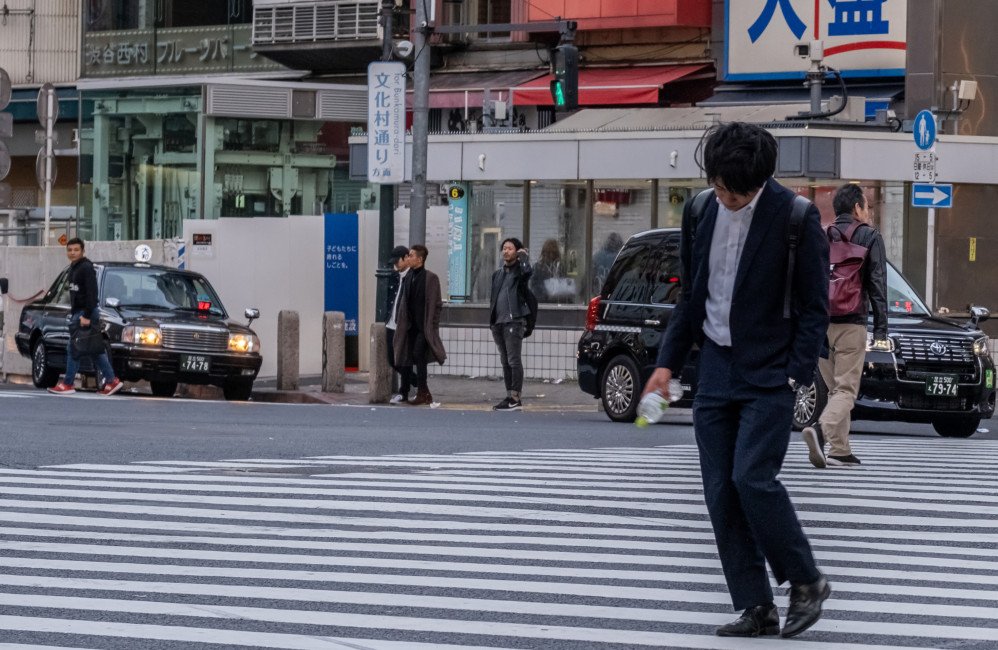 In these sessions, it is also considered acceptable to become dead-drunk. While you may be worried about how your co-workers might perceive you, colleagues instead relish in such behaviours and tend to take jokes and remarks light-heartedly. Many at times, when one goes overboard in their actions and words, bystanders would often forgive upon their return to the workplace.

This phenomenon is otherwise known as bureikō, which represents the freedom to speak candidly in settings, without consideration of the pressure and authority of others. In cases as such, participants are encouraged to speak their minds about anything, and hierarchical relationships between the employer and employee is of little significance here. However, one key requisite to such unreserved discourse includes the upfront proclamation of bureikō, which is not in any way implied implicitly. Thus, before you allow your drunk tendencies to overcome you, do ensure that bureikō is declared beforehand. 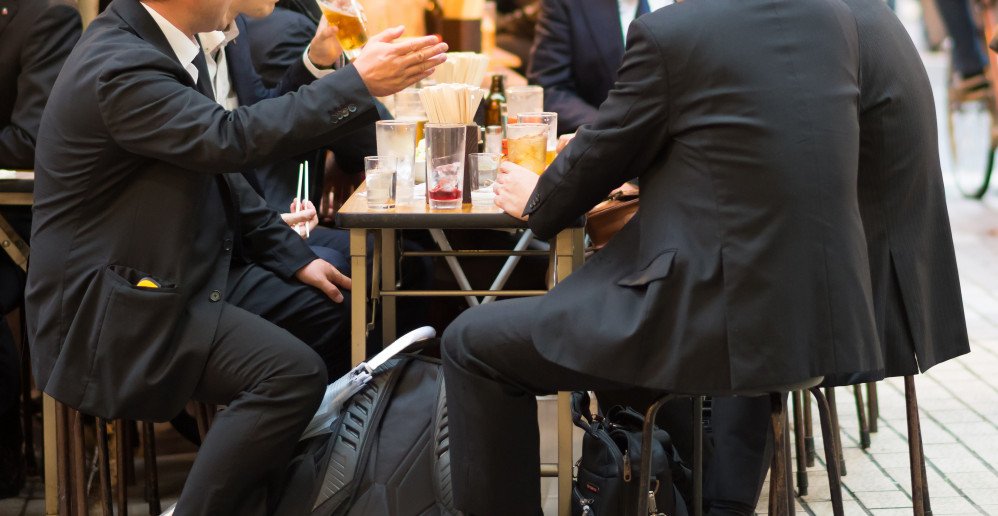 Nonetheless, there are certain practices that must be abided to in such settings. To the Japanese, it is common practice to never pour for one's own drink. One should instead constantly pour for others, and wait for others to return the favour to them. Likewise, despite the declaration of bureikō, employees are still expected to pour a drink for their bosses.

In line with the concept of respecting others before oneself, one can only begin drinking after everyone has been served. Seen as a basic courtesy in Japan, a lack of adherence to such practices can be perceived as a slight to your coworkers and bosses, which would definitely place you in a negative light.

Lastly, one should never drink from the bottle as well! Unlike Westerners who enjoy chugging down their alcohol furiously, drinking from the bottle is perceived as unsanitary and inconsiderate, since these bottles are largely made for sharing. If you ever want to take shots or simply gulp down a colossal amount of alcohol, make sure you're drinking from your cup and to do so together with your coworkers. 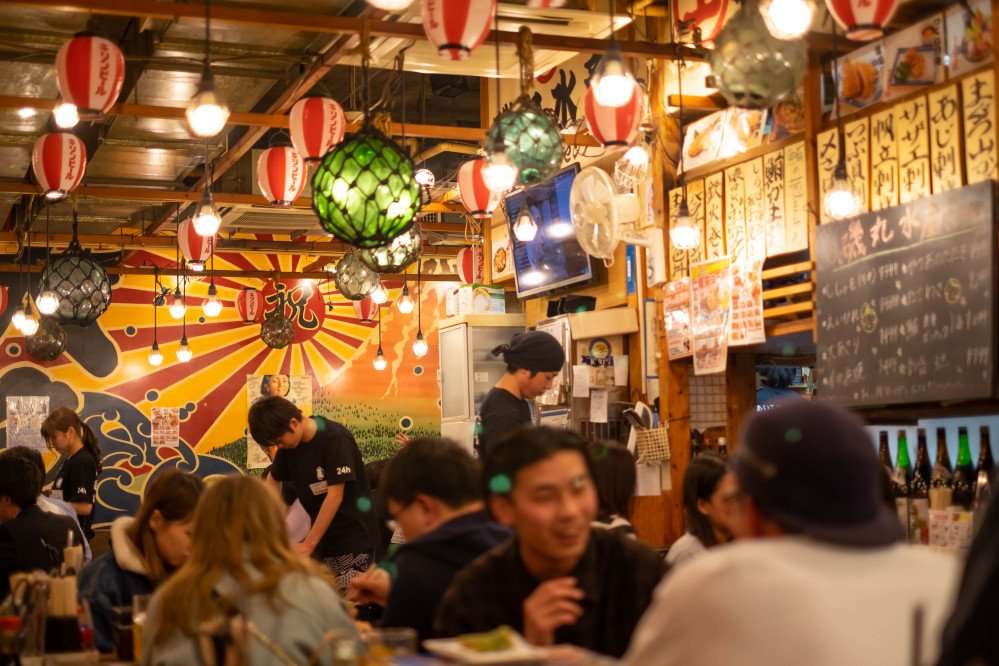 If you happen to be a non-alcoholic drinker, there are also ways to deal with this activity that dominates the social life of most Japanese. For instance, you can participate in nomikai and order a ginger ale instead. Also, rather than intentionally setting yourself apart from your peers, try to engage yourself by pouring drinks for your coworkers and bosses. You can also take on the designated role to care for your colleagues who had a little too much to drink, which will definitely earn you some brownie points.

Now that you're equipped with all this knowledge, go ahead and kanpai your night away!