Rajasthan: The largest state in India, covering a massive 342,239 square kilometers, is named the "Land of Kings" after the ceaseless line of kingdoms that have their histories in the region. Rajasthan features the ruins of many ancient civilisations, from the great Indus Valley Civilisation at Kalibanga and Bathal, to the Matsya Kingdom of the Vedic Civilisation. Today, Rajasthan is most famous for its stunning palaces reminiscent of the great Mughals, combining royal opulence with architectural genius.

The Travel Pad has curated a list of some of the best-loved sites in Rajasthan that you must not miss on your next trip to this stunning place. 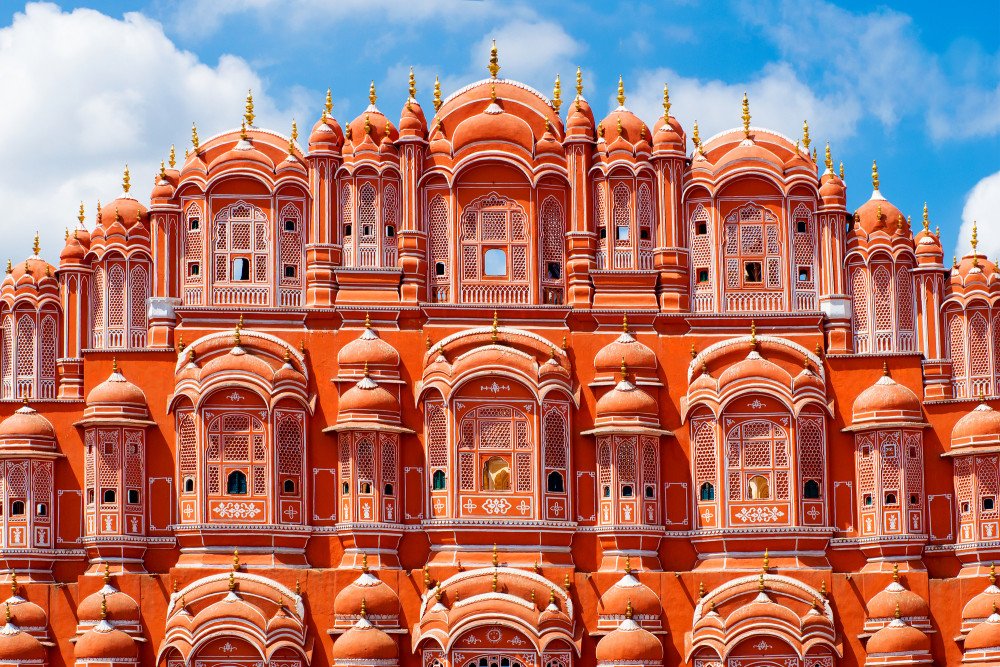 Established in 1727 by Maharaja Sawal Jai Singh II, the stunning architecture of this huge palace complex in Jaipur is reminiscent of the opulence of the Mughal kings. One of the oldest buildings, the Chandra Mahal, features an impressive 7-storey structure with an endless series of rooms and galleries decorated in bright colours. Another must-visit palace is the Hawa Mahal, known for its intricate latticework windows that were created to allow royal ladies to observe the bustling city streets without being seen by the public. 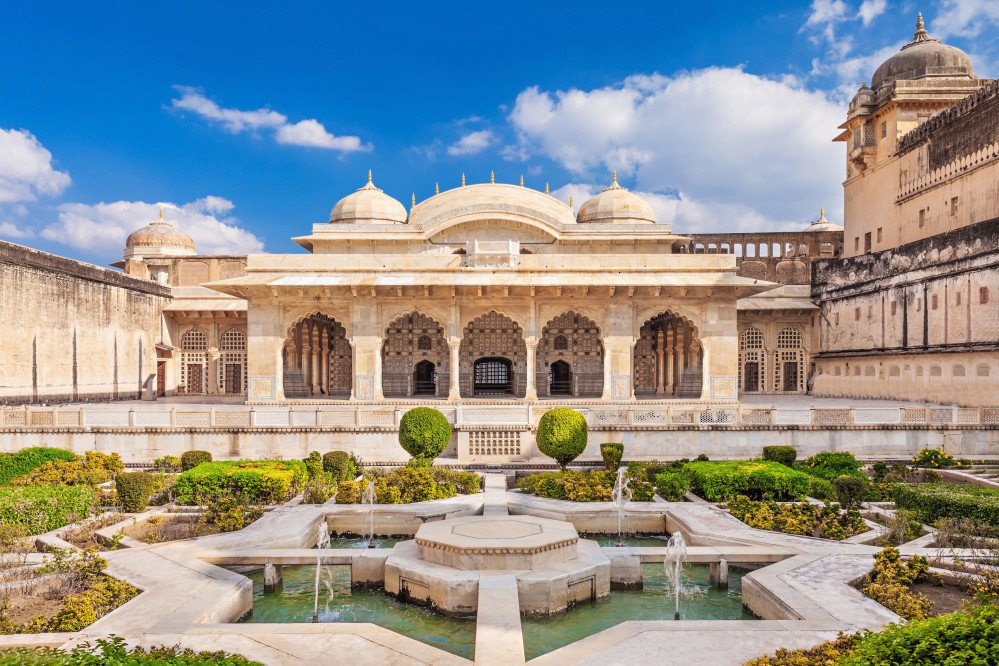 Overlooking the Maota Lake, this beautiful palace is constructed out of red sandstone and marble, and boasts a series of ornate gates and cobbled paths. This palace was once the residence for the Rajput Maharajas and is now a popular tourist attraction. One of the most iconic palaces is the Sheesh Mahal, or Mirror Palace, glittering with beautiful murals made of glass and precious stones. It is said that when two candles are lit, the mirrors will reflect the light to look like a thousand stars are shining. 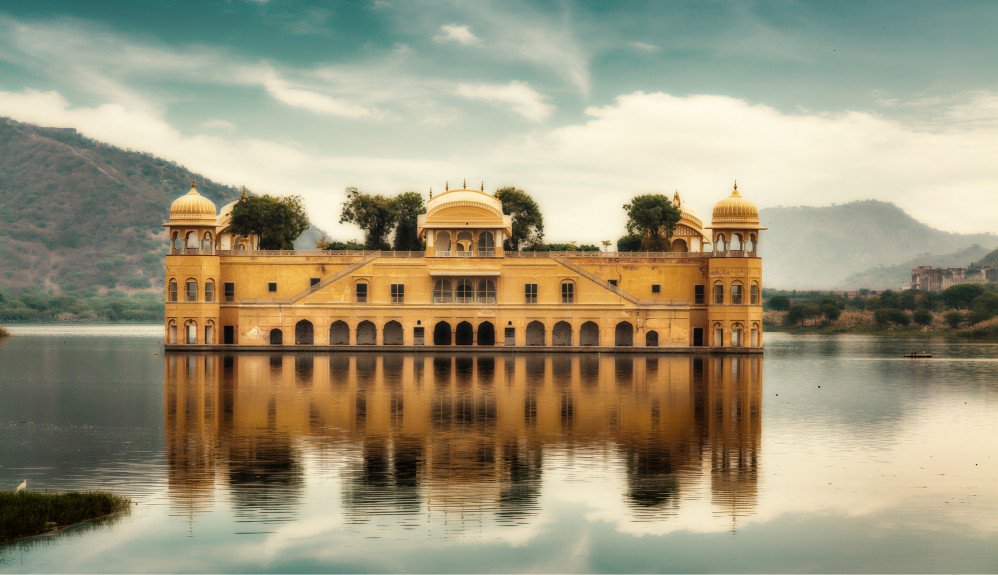 Overlooking the Man Sagar Lake against the backdrop of the Nahargarh Hills, this stunning palace was once a lodge for the Maharajas during their shooting expeditions. While it looks like the palace only has one storey above water level, there are actually 4 storeys submerged beneath. During the evenings, the fort lights up as its gorgeous reflection sparkles on the tranquil lake. 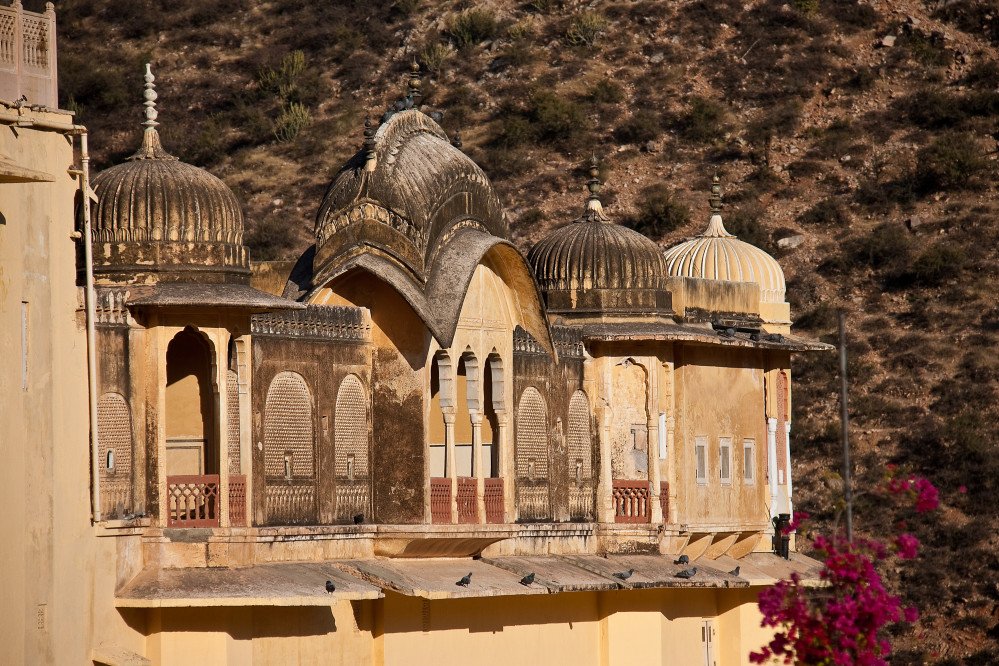 Fusing Mughal and Rajasthani art and architectural styles, the Samode Palace sits at the foot of the Aravalli Hills. Complete with marble floors, ornamented pillars, intricate mosaic walls and lush carpets, the palace still retains its old-world splendour of the grand Maharajas. Beyond the palace grounds, you can take a stroll in its 20-acre Mughal-style garden, or visit the Samode Village and take a look at the practice of traditional crafts, including block printing and bangle making. 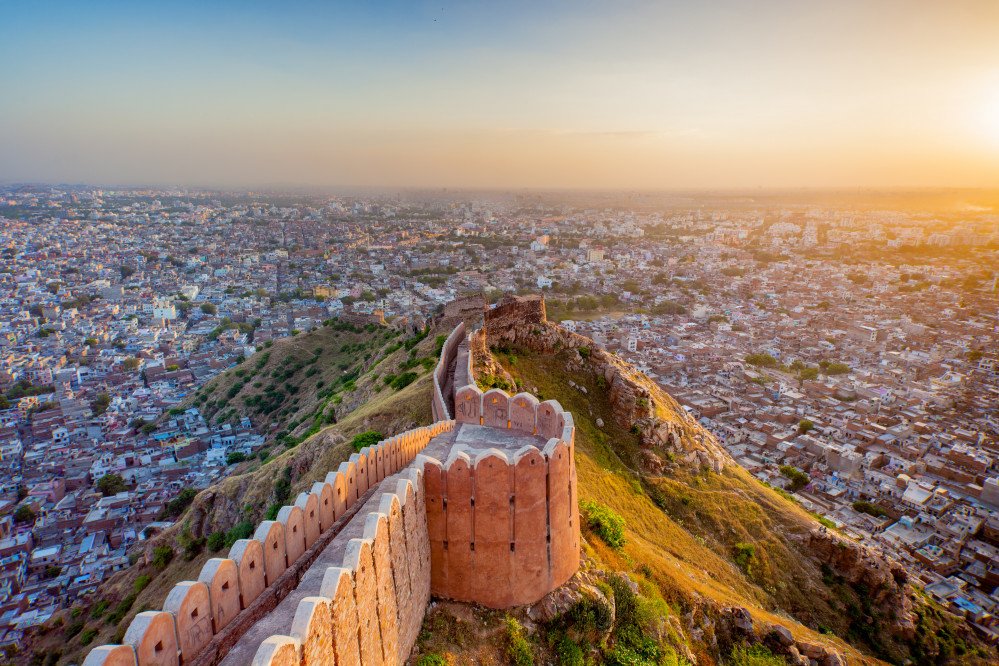 Nahargarh Fort was once a retreat destination for the royal ladies of the Mughal Era. Featuring exquisite Indo-European architectural styles, the premises were built to house the king and his twelve queens. You will also find the Diwan-I-Aam, an open-air court where the king used to meet his subjects. Another star attraction in the area is the Nahargarh Sanctuary, home to native species such as the Indian leopard, Bengal tiger, and Asiatic lion. 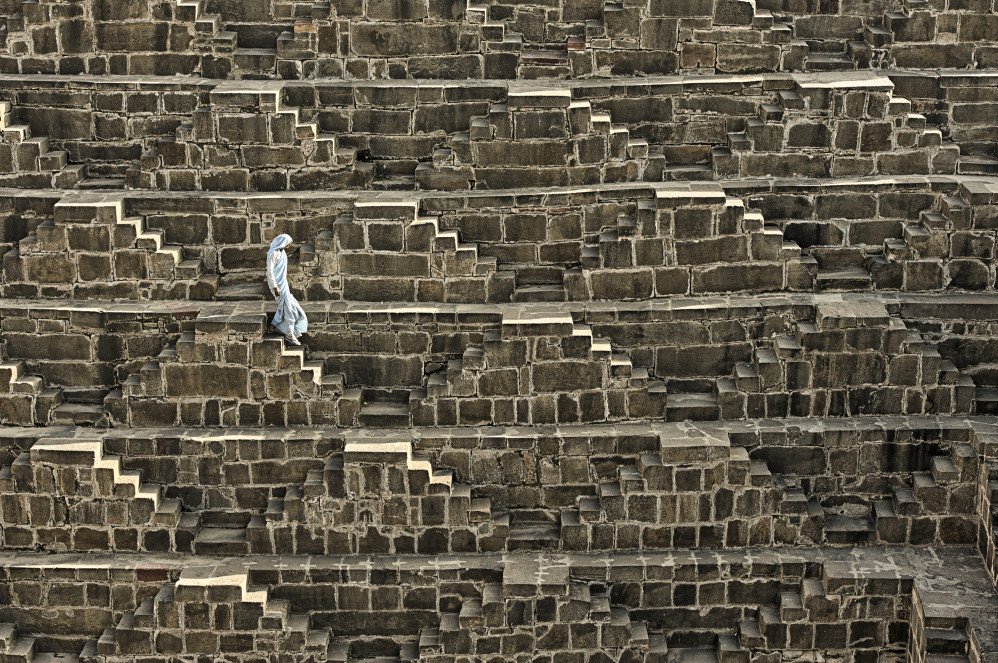 Located about 20km from Jaipur, the intricate architecture of the Abhaneri Stepwell features unparallelled symmetry and detail. It was an essential structure built to help villagers and tradespeople draw water, as well as to conserve water in the arid desert climate of the region. It comprises over 13 storeys and 3,500 steps, and some parts of the 30m deep step well date back to the 8th century. It is one of the most well-preserved pieces of history in India. 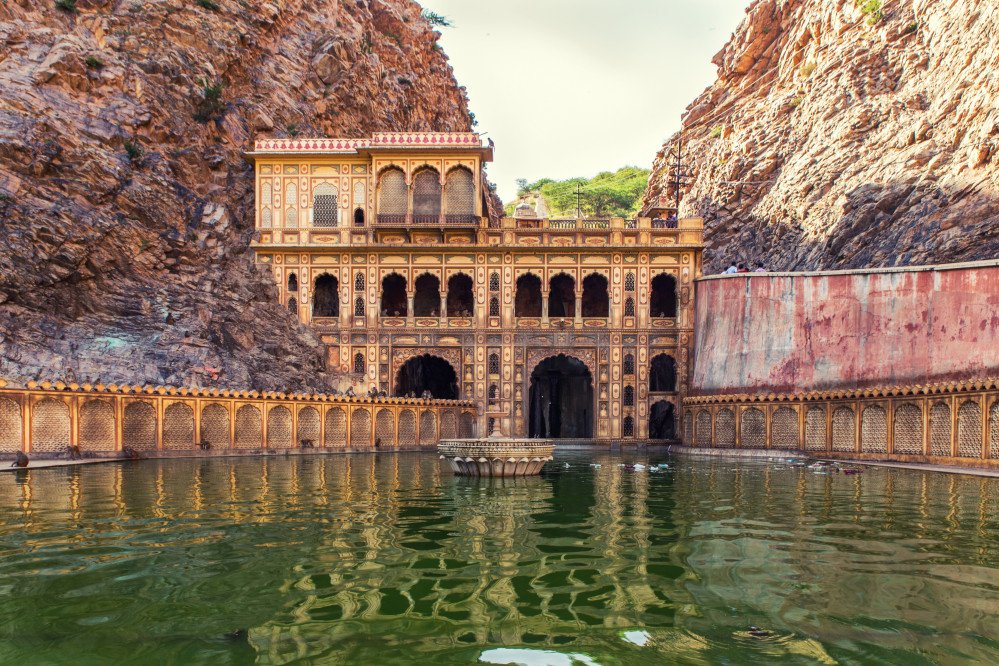 An ancient Hindu pilgrimage site, Galtaji comprises a series of temples built in a narrow crevice in the Aravalli hills surrounding Jaipur. Here, you will find a series of sacred water tanks (known locally as “kunds”) that are filled with water from a natural spring, in which the pilgrims bathe. In the deserts of Rajasthan, water is ever more precious and sacred to its people. Prepare to be fascinated by the stunning architecture of this gem nestled amongst the towering landscape.