Home to one of the oldest civilisations in the world, Iran is a land steeped with a rich culture and enduring history. See the bright buildings, the superb craftsmanship, the tall mountains in the distance, and the clear, cerulean sky.
Blending antique Sufi styles and modern geometric shapes, the architecture in Iran is sure to make you gasp in awe. Look around you, and you will find exquisite mosaics, lofty arches, and symmetrical domes galore.
Here are some places you must not miss on your next trip to the ancient heart of the Persian Empire. 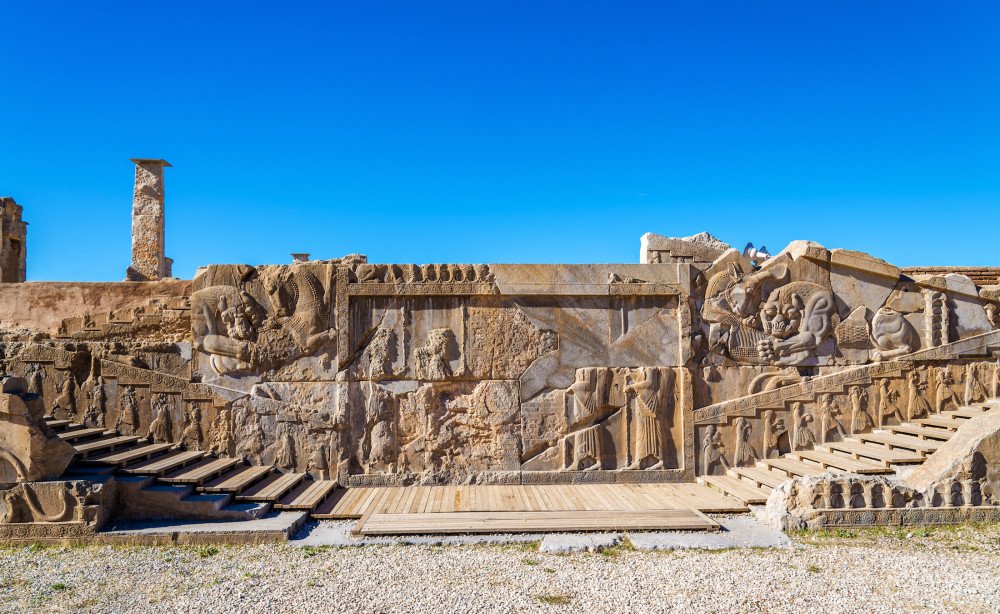 Dating back to 515BCE, Persepolis was the ceremonial capital of the Achaemenid Empire. Ruins of the tall structures still stand, with intricate and almost-perfect carvings and reliefs of the various gods and historical figures of the period. Be prepared to be amazed by this wonder, boasting colossal buildings constructed of dark-grey marble.

The Colourful Mountains of Tabriz

One of Iran’s best-kept secrets, the colourful mountains of Tabriz look straight out of a scene in a fairy tale. These mountains are a stunning work of nature, as a result of millions of years of minerals and sandstone being compressed together. Fiery reds, brilliant yellows, bright whites, and vibrant greens colour the landscape of this tranquil location. 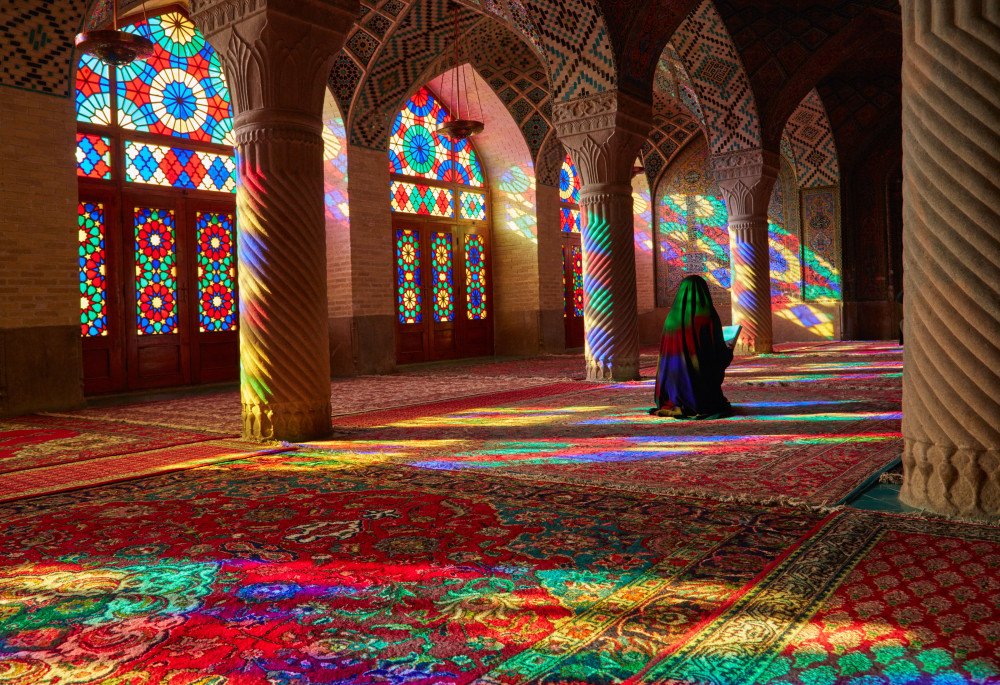 Also known as the Pink Mosque, the most well-loved feature of this traditional mosque is its stained-glass windows, that cast colourful shadows onto its interior during the day. Complete with thousands of ornately painted tiles and intricate Persian rugs, this place of worship envelops you in a myriad of gorgeous colours, as if stepping into a kaleidoscope. 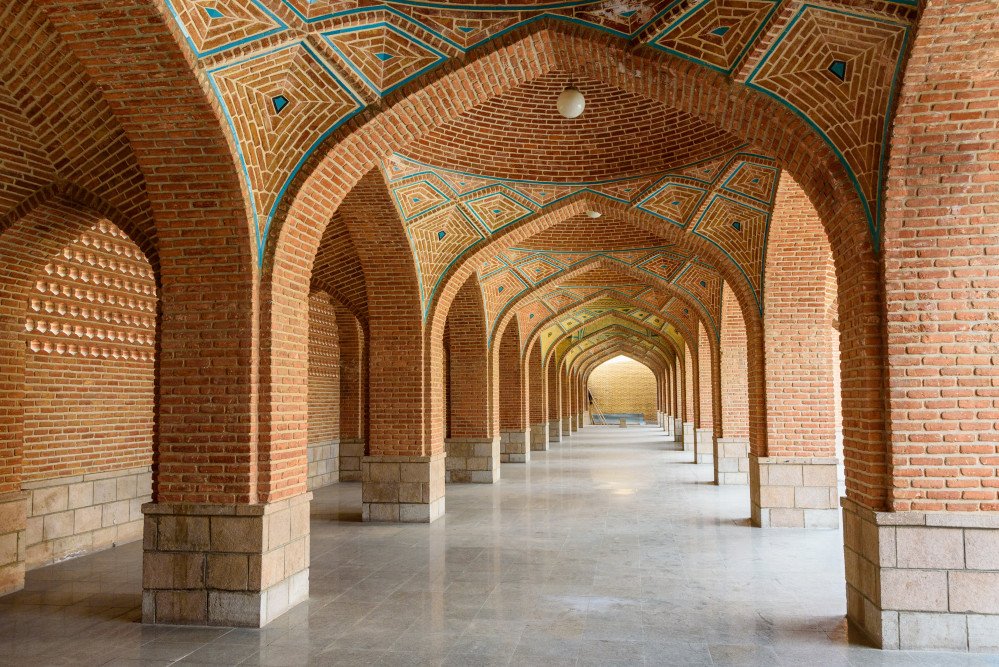 First constructed in 1465, the Blue Mosque in the East Azerbaijan province was once one of the most famous buildings of its time. Also known as the “bruised mosque”, perhaps its most defining feature is the missing patched of blue tiles at its entrance, from which its name is derived. However, beautiful Islamic calligraphy can still be found inside, decorated with splendid geometric patterns in a striking blue palette. Here, enjoy the endless corridors and courtyards that hold secrets of yesteryear. 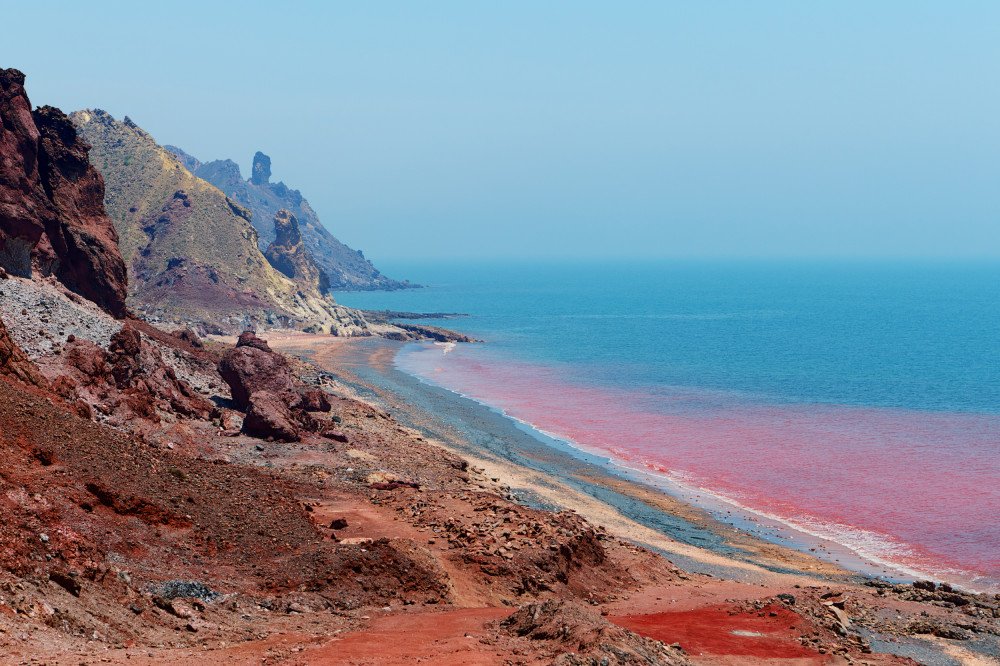 With its red beaches and colourful rock formations, Hormuz Island is full of mineral deposits and salt caves that are perfect for those who want to explore Iran off the beaten track. It also has a quaint art centre on its premises, complete with bright geometric paintings and sand art exhibits. With its red and silver sands, the landscape comprises a marble of colours that you have to see to believe. 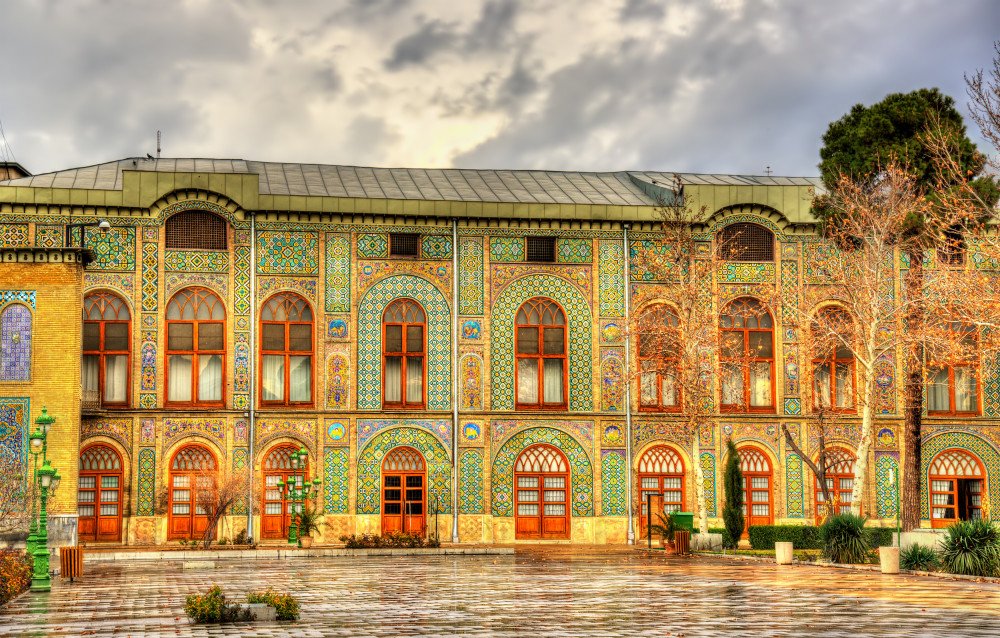 With its beautiful, pastel-toned Persian exterior and emerald-coloured pond, Golestan palace is a popular destination in Iran. With its huge collection of halls, there is much to see here: the famous carved Marble Throne, gorgeous mirror work of the Mirror Hall, royal chinaware in the Containers Hall, and the colossal Edifice of the Sun, amongst many others. 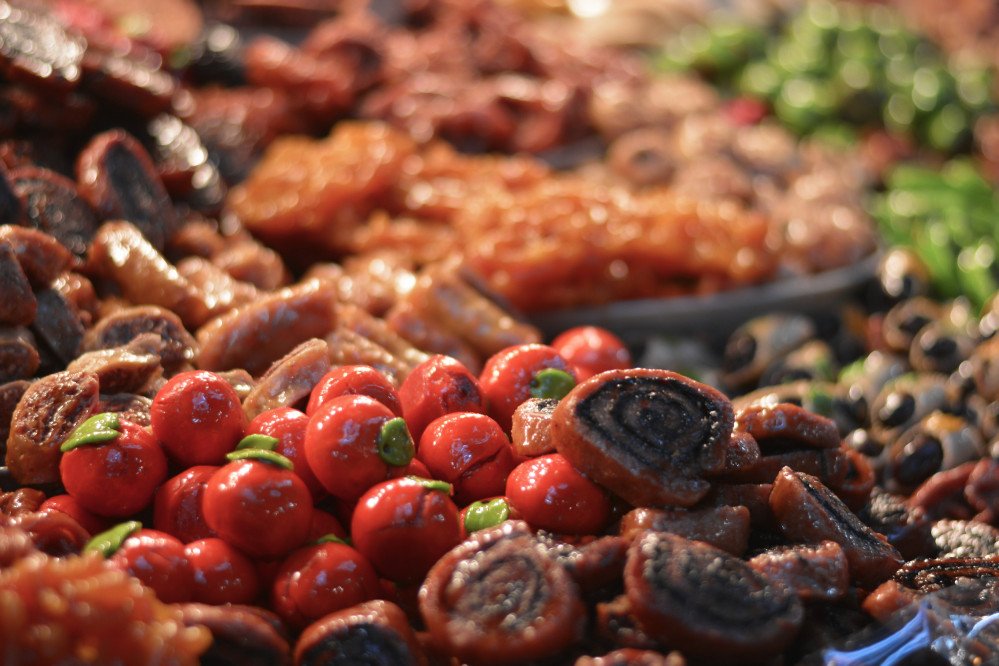 Split into several corridors stretched across 10 kilometres, the Grand Bazaar of Tehran is the country’s oldest and greatest. Here, anticipate everything from Persian carpets and clothes to dried fruits and sundries. With its truly magical atmosphere, the Grand Bazaar is the perfect place to try all the varieties of cuisine Iran has to offer: Grape syrup from Malayer, masghati (traditional sweet with dried rose petals) from Shiraz, koftas (meatballs) from Tabriz, kebabs, tachin (Persian saffron baked rice), zereshk lavashak (barberry dessert), and so much more. Anticipate an unmatched gastronomic experience like no other.

Often misunderstood, one step into this magical land is all it takes to uncover the mystery that is Iran: massive architecture, lofty mountain peaks, delicious food, and some of the friendliest people in the world. What are you waiting for? There is a world of adventure out there waiting for you to explore.

Aubree Myers
117
0
Travel
It could be anywhere in the world!

Lois Crawford
101
0
Travel Hacks
From small scams to ripoffs and things to be very cautious about..

Paradise of Earth: The Traveller's Guide to Kashmir

10 Things To Do In Chinatown Singapore

Street Photography: An Interview with Shirley Finlay from Travelling Handbag
Explore
1
We use cookies to collect and analyse information on site performance and usage, and to enhance and customise content and advertisements. By using our site, you consent to our privacy policy and use of cookies. Learn more.