If you enjoy dancing till dawn or doing the craziest activities (read: throwing tomatoes at random strangers), you should probably start planning a trip to the exciting festivals mentioned here. From the music festivals in the States to the picturesque Pingxi Lantern Festival in Taiwan, festivals are an excellent opportunity for you to unwind and have some well-deserved fun while exploring various countries. While the festivals may be in different parts of the world, each destination promises to be a life-changing experience that will overload your senses and leave you with no regrets. 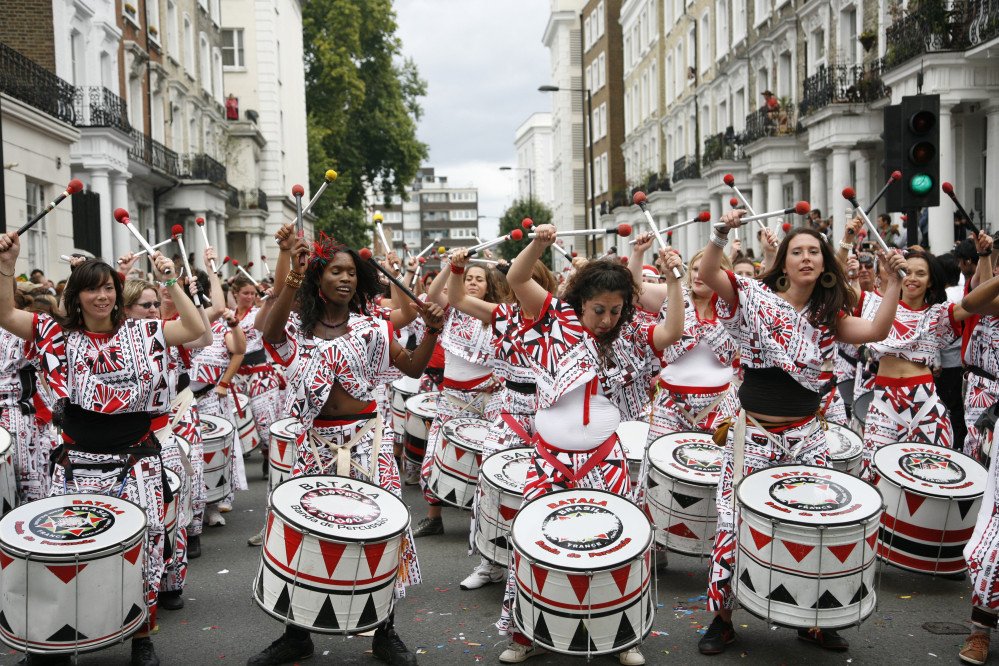 The Notting Hill Carnival is the largest street party in Europe, with over one million people in attendance every year. Those visiting the carnival can expect to see a fantastic spectacle with live music, Caribbean food, and masquerades. As the carnival celebrates London's multi-cultural past, you will have the opportunity to spot brilliantly dressed performers dancing to Caribbean music like rumba and the traditional reggae. Other than dancing and street performances, you can also find steel drum music groups that add to the explosive auditory experience at the carnival, leaving the crowd energised and enveloped in a space where they can freely enjoy themselves. As the world's second-largest festival, the Notting Hill Carnival will undoubtedly be a fantastic experience that you will never forget. 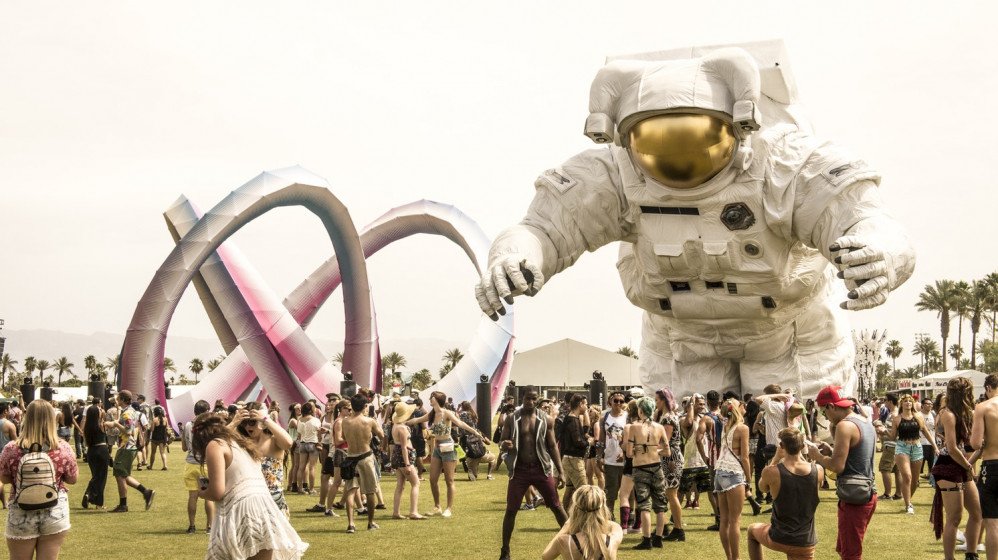 Music fans will rejoice at the wide array of music genres that will be featured at Coachella, performed live by artists from around the world. The festival is often credited for showcasing the most popular artists, including Beyoncé in 2018 and Ariana Grande in 2019, as well as many upcoming names in the industry. Other than the incredibly diverse line-up, festivalgoers can also entertain themselves by visiting the Activities Tent or the Coachella Art Studios, where you can participate in activities like making your own accessories or essential oil. If you love to dance, be sure to visit The Dome Dance Party, which usually takes place from dusk till dawn! 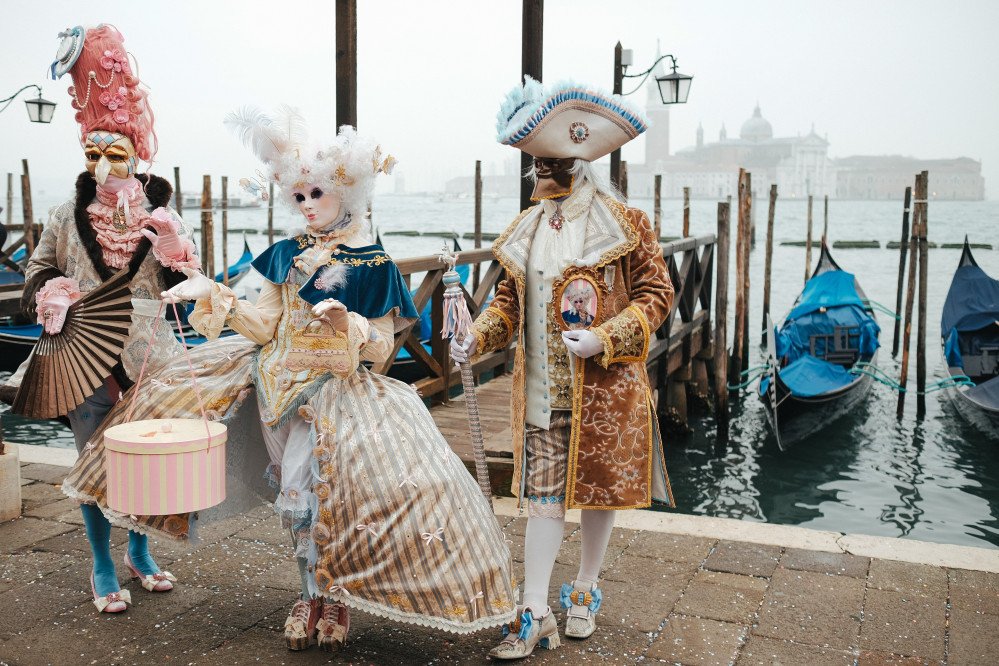 With the stunning costumes and elaborate Venetian masks that can be found around Venice during the Carnevale di Venezia, you may feel that you have stepped into a magical world – full of glamour and mystery. Do not be surprised by the many fascinating masks that you will see there, as designs can range from traditional ones like the Colomina to bizarre ones like the Medico Della Peste, which has a long hollow beak. As the festival emphasises on the history of Venice, travellers can take the opportunity to see re-enactments of historically significant events, making it a once in a lifetime opportunity! 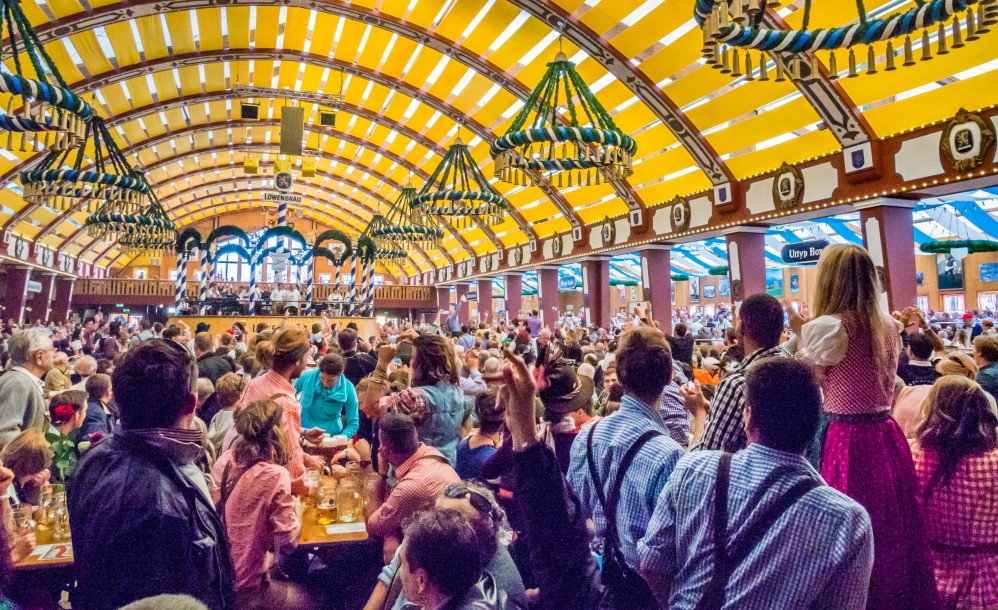 Oktoberfest is a massively popular folk festival that attracts around six million people every year and is known for offering beers from Munich breweries in huge one-litre glasses. Apart from enjoying a glass of beer in the crowded beer tents, you can also hop on one of the amusement rides or feast on the variety of food available, which includes smoked fish and giant-sized pretzels. While Oktoberfest can be found in other countries like Australia and Canada, there is no denying that the original one in Munich is the largest and most exciting, making it the best festival for any beer lovers. 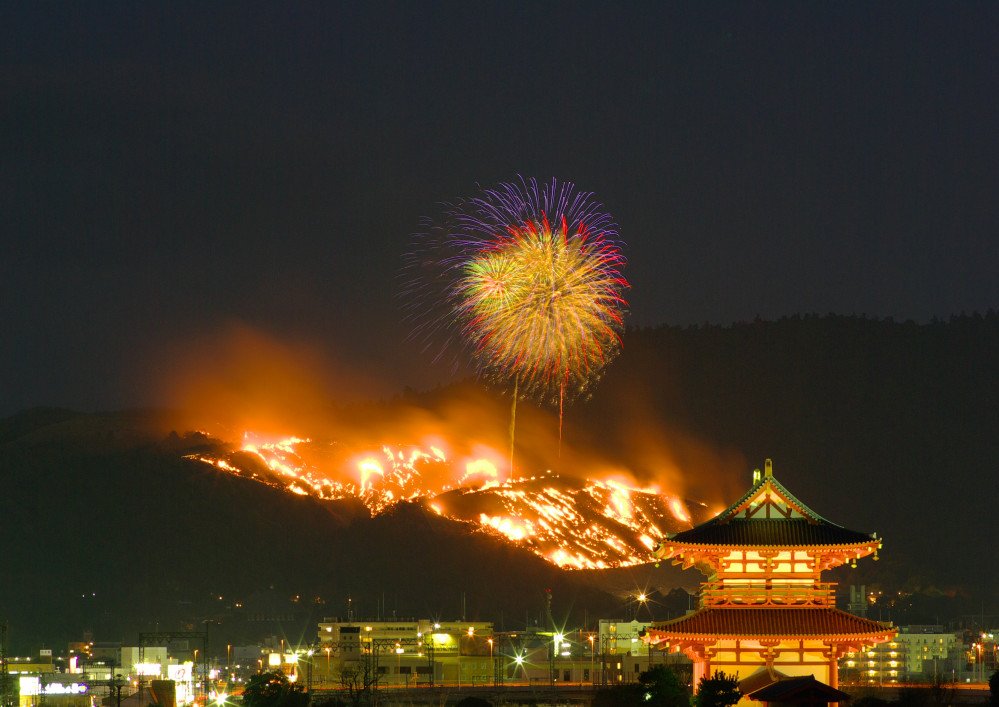 If you are planning to visit Japan in January, the Wakakusa Yamayaki festival should certainly be on your list of attractions to visit. The annual festival involves setting the grass on the Mount Wakakusayama ablaze, creating an impressive sight that you will never forget! Visitors that arrive earlier can enjoy looking around the different food stalls and admire the beautiful fireworks display that will take place before the mountainside is lit on fire. Be sure to stay in Nara Park for the best view of Mount Wakakusayama! 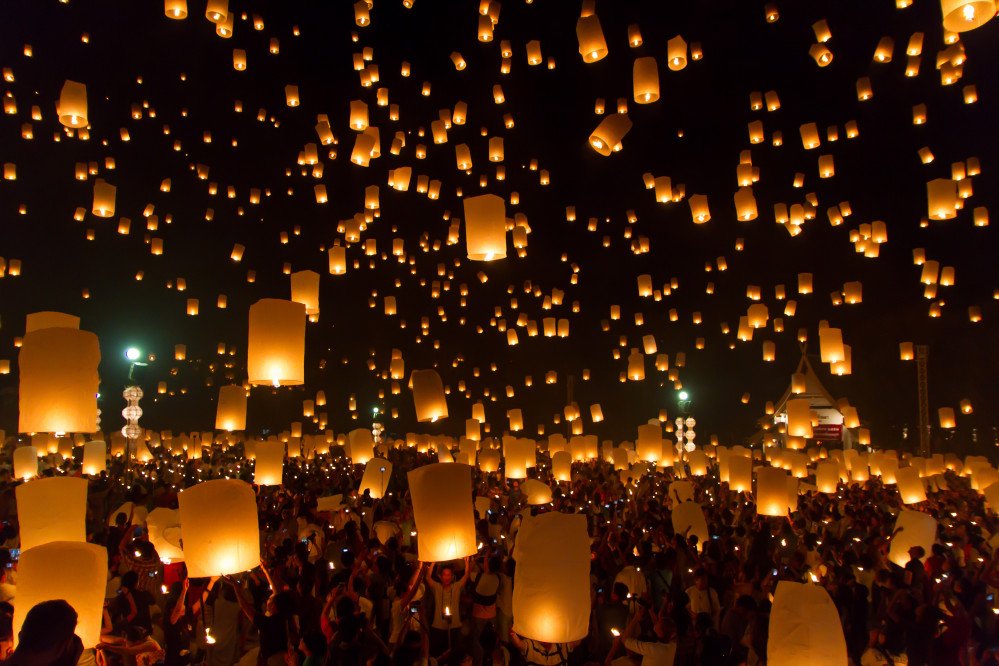 At the Pingxi Lantern Festival, you can expect to see spectacular light shows that will capture everyone's attention with their marvellous beauty. However, the main attraction will undoubtedly be the mass release of the colourful sky lanterns, which creates a magical ambience when seen against the dark sky. Before releasing your sky lantern, you are encouraged to write down your wishes on them, in hopes that they will be fulfilled as they float up towards the night sky. Do not be disheartened if you miss the first round, as there are eight rounds of mass releases in total, with each symbolising something auspicious, from wealth to idealism. 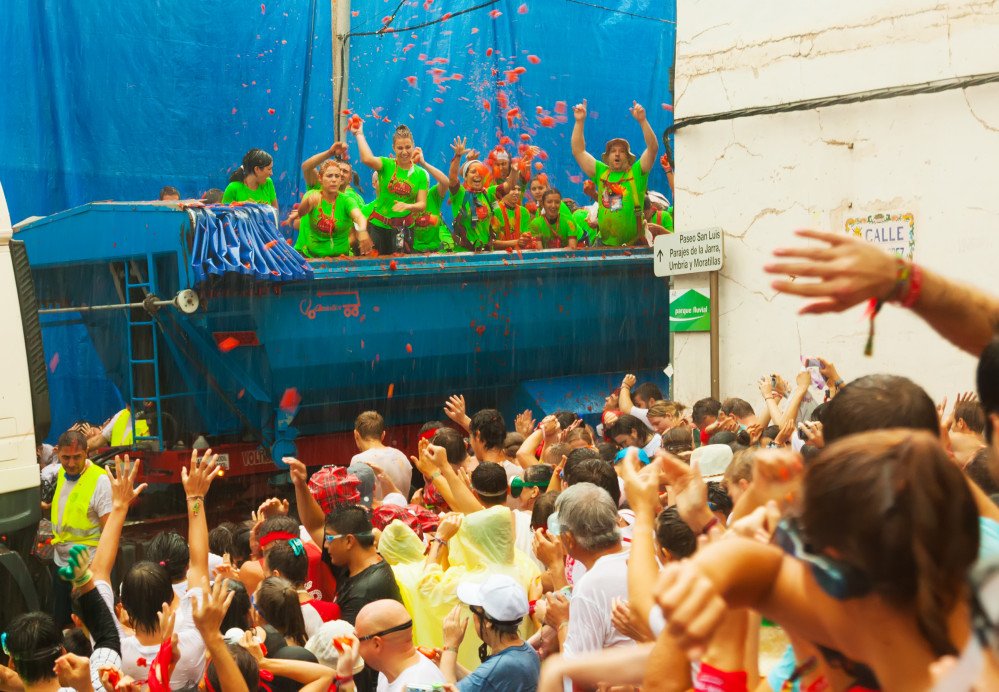 Be prepared for a messy good time when you visit the La Tomatina Festival in Spain, as this entertaining festival involves the throwing of ripe tomatoes at other participants. In 2015 alone, an estimated 145,000 kg of tomatoes were thrown at the festival! The large-scale tomato fight lasts for around two hours and requires the purchase of paid tickets for participation. If you have always wanted to take part in a food fight, why not visit the La Tomatina Festival for the largest food fight in the world? 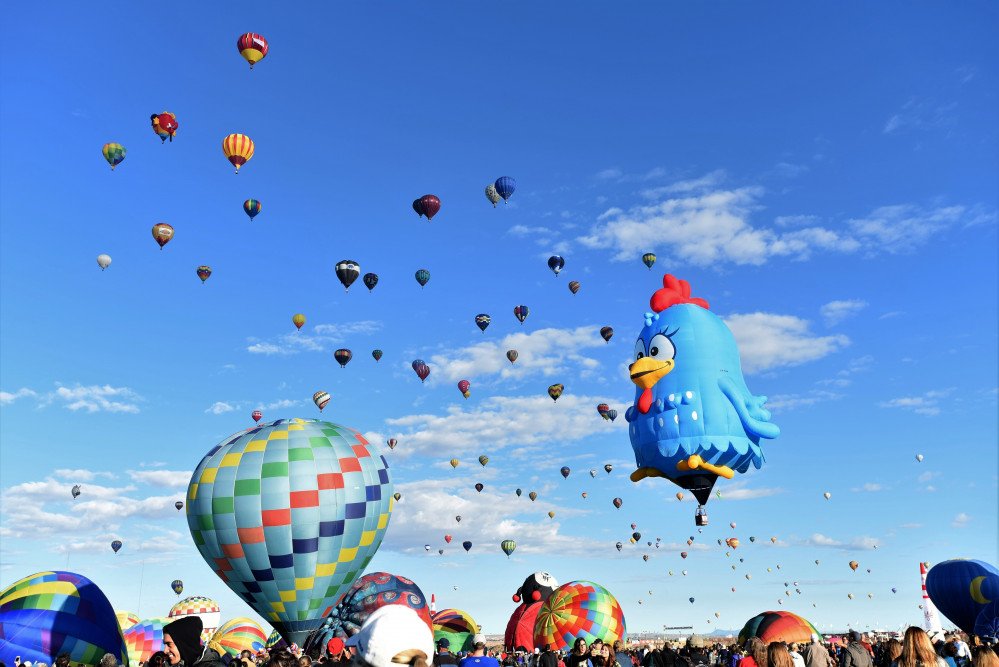 Over the span of nine days, visitors at the Albuquerque International Balloon Festival can witness the otherworldly beauty of the balloon-filled skies, where over 500 hot air balloons in total fly in the sky. Apart from the stunning mass ascensions of the participating hot air balloons, you will also have an enjoyable time relishing in the creatively shaped balloons, from designs such as animals to a wagon coach. Other activities available include music stages by performers to stunts and races between the pilots of the hot air balloons. 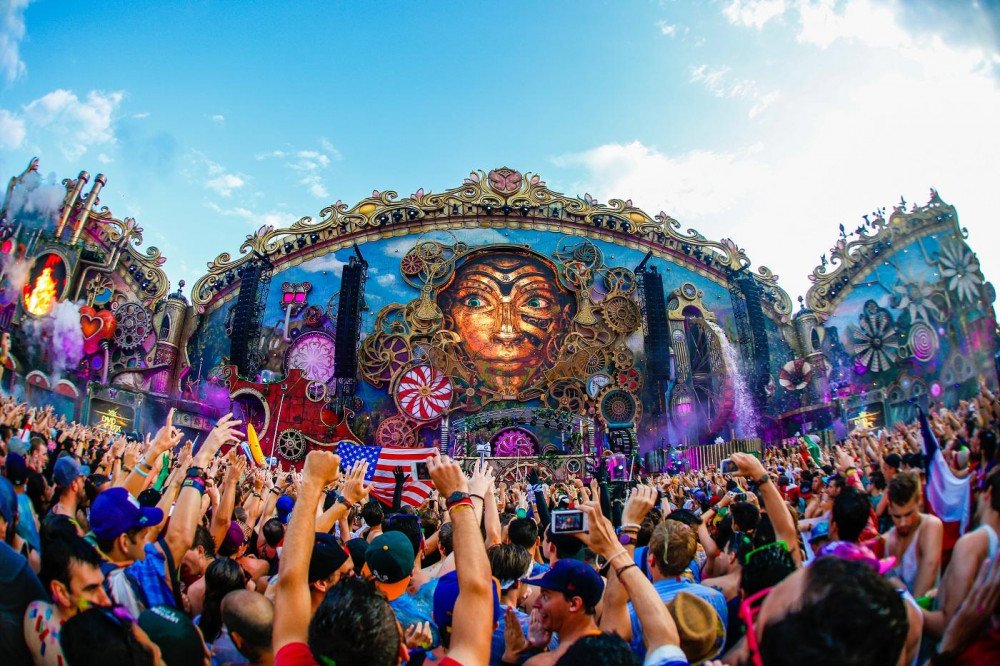 Fans of dance music will have a wonderful time at the Tomorrowland festival in Belgium, which takes place over two weekends. The music festival is known as the biggest dance music festival in the world and features celebrated DJs and artists from different music genres. As the festival adopts a new theme every year, festivalgoers can always expect innovative productions and stage designs that will ensure an immersive experience. 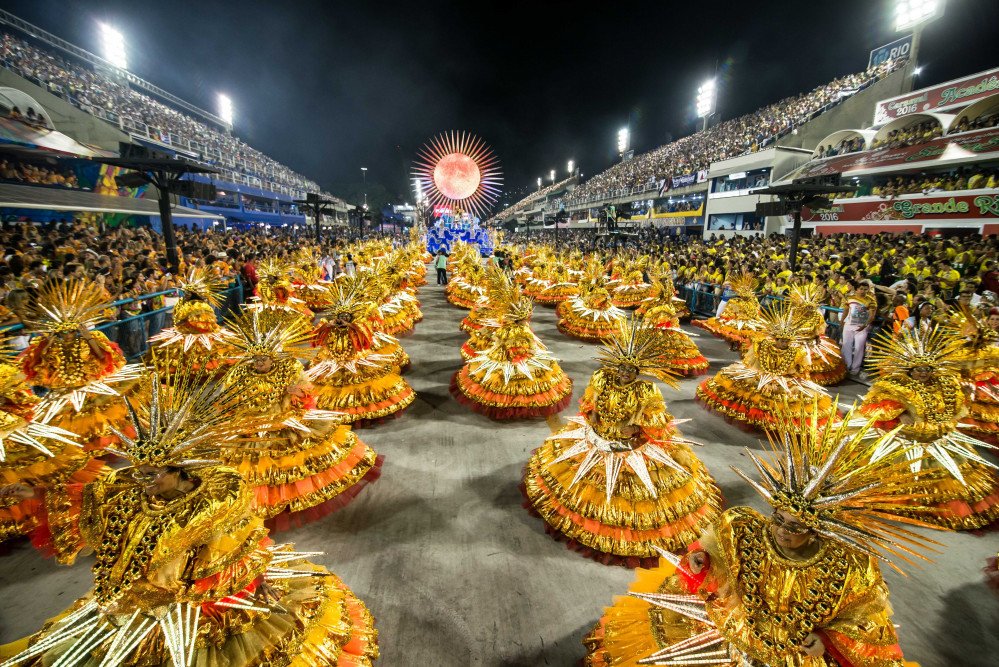 The Rio Carnival in Brazil is unlike any other festival in the world, with its massive parades and open-air performances. You can expect to see floats and street parties at every neighbourhood, although the main attraction for many will be the parade at the Sambadome, where dancers from the samba schools are clad in dazzling costumes that highlight their incredible dances. As music and dance are major parts of the carnival, you should step outside your comfort zone and take part in the many street festivals happening during the Rio Carnival.

If going to a festival is on your bucket list, any of the festivals mentioned here would be an excellent choice! From the exciting Rio Carnival to the magical Carnevale Di Venezia, there is a festival for everyone to unwind and enjoy their time away from the stress of their daily lives.