0
Interesting0
Useful0
Roussillon, in the Vaucluse valley in Provence, is a scenic village surrounded by beautiful countryside, but what makes it one of the most impressive French villages and a unique destination is the fact that it is situated in the heart of the biggest ochre deposits in the world. 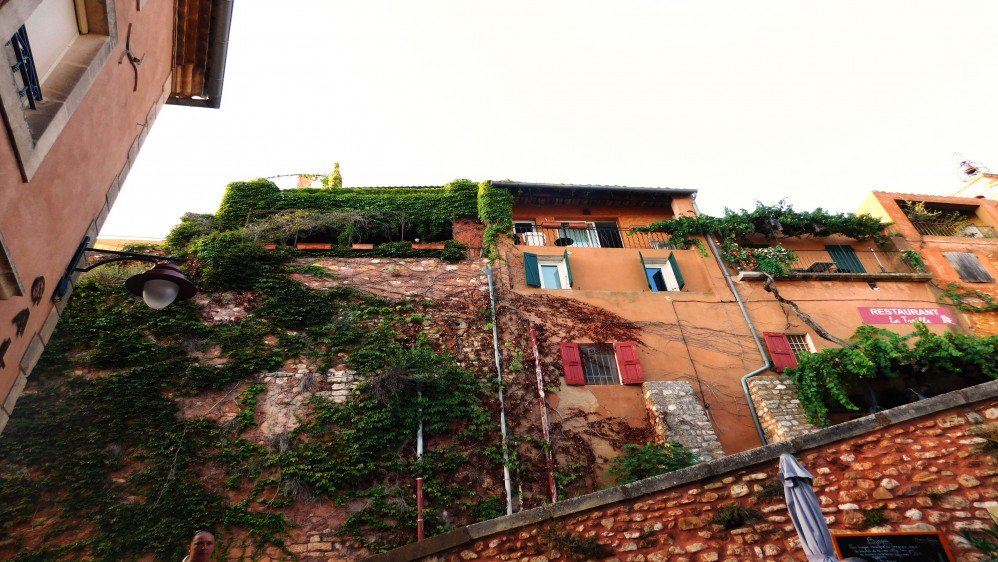 Roussillon is connected with the legend of Lady Sirmonde. A legend behind the coloured ochre of the village. Once upon a time Lady Sirmonde, neglected by her husband, Lord Raymond of Avignon, fell in love with Guillaume de Cabestan. But when Lord Raymond learnt about her infidelity, he planned to kill Guillaume during a hunting expedition. Afte killing him, the Lord took his heart and gave it to the cook to be served to his wife. When the Lady realised his terrible deed, she escaped afraid of her life but felt off a cliff and died. The legend says that it is her blood that had coloured the soil of Roussillon forever. 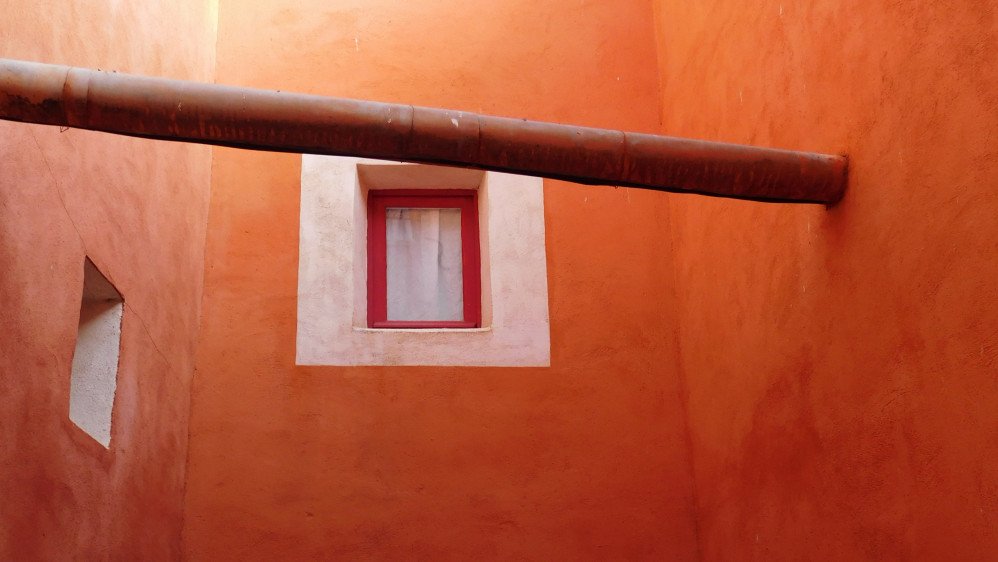 A walk around this picturesque village is fascinating. All the houses and buildings are coloured with deep ochres. Its hues come from at least 17 shades of ochre discovered in and around the village. The colours varying from yellow to purple made a striking contrast with the lush green of the area and the clear blue Provencal sky. Even the doors and the windows in the village are brightly painted with ochre. A superb panorama to the north could be seen from Castrum, a viewing point, beside the church, overlooking Place de la Marie, which is the main square, with cafes and a colourful town hall. The village also has a strong tradition in painting. In the maze of the village’s streets and squares, there are many shops that sell natural colours based on ochre and painting equipment. 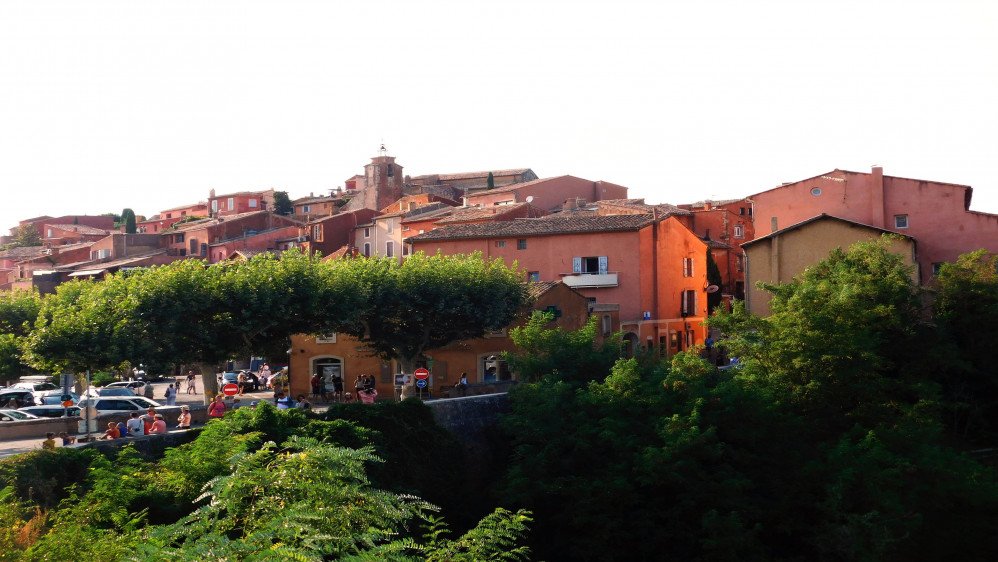 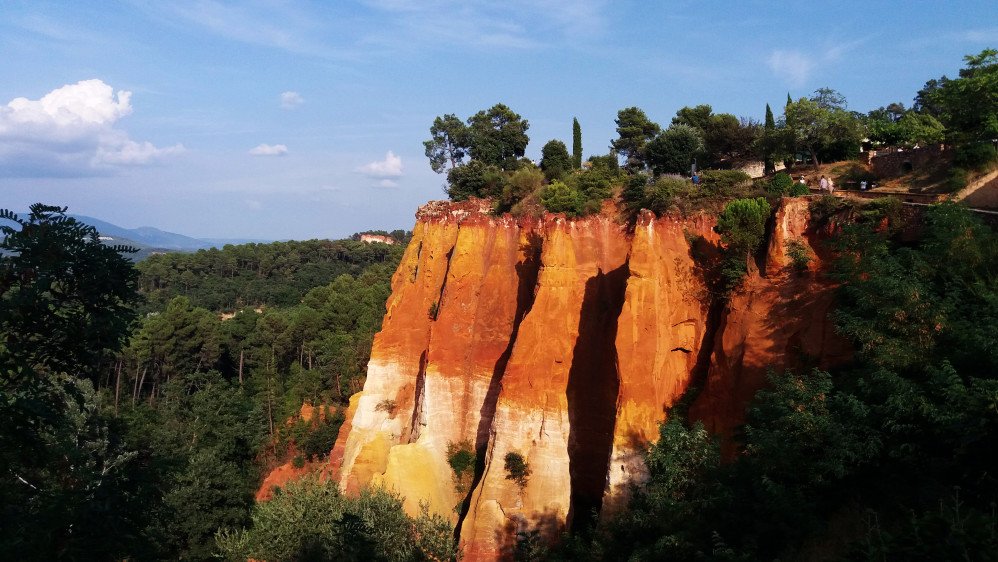 The village took its current form during the 18th century, when the mining of ochre began in the area. The second half of that century, the mining intensified due to the growing need for pigments to be used in the textile industry. Numerous mines and ochre factories, some of which can still be seen today, were operating near the village. One example is the ochre factory, which has been formed into Conservatoire – a workshop serving as a museum. During the 20th century the mining techniques changed, which meant that more profitable mines became exploitable. This resulted in a gradual closing-down of the mines around Roussillon. 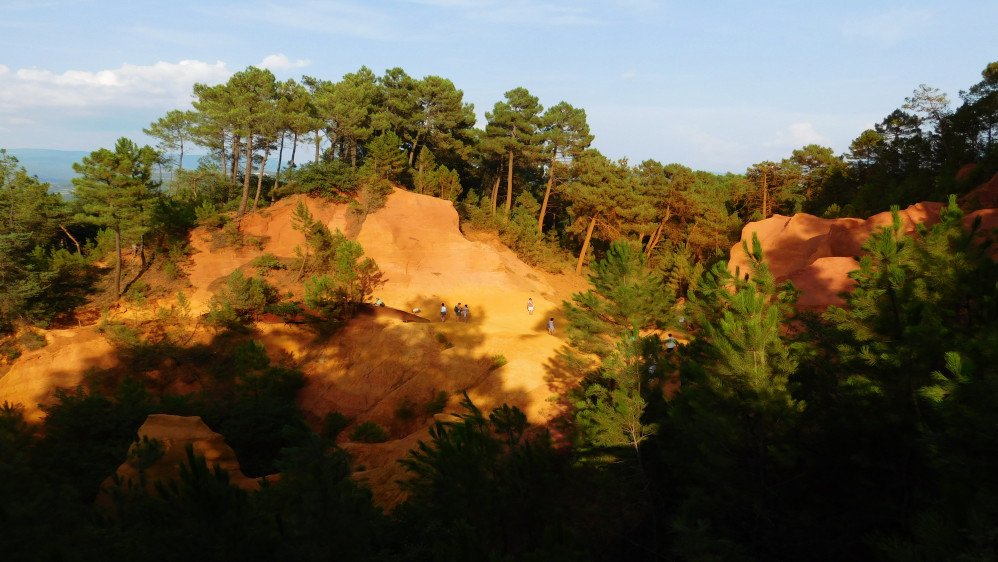 Nowdays, just outside the village to the east, you could visit the ochre quarries along the Sentier des Ochres. You pay a small charge to enter the mines and then you could choose between two marked paths. The path marked with yellow arrows takes 35 minutes and the path marked by red arrows takes 50 minutes. None of the paths is tiring and a visit to the mines is almost obligatory. The scenery is unique and the colours all around you are unforgettable (for more information and opening hours visit the official site of the village). 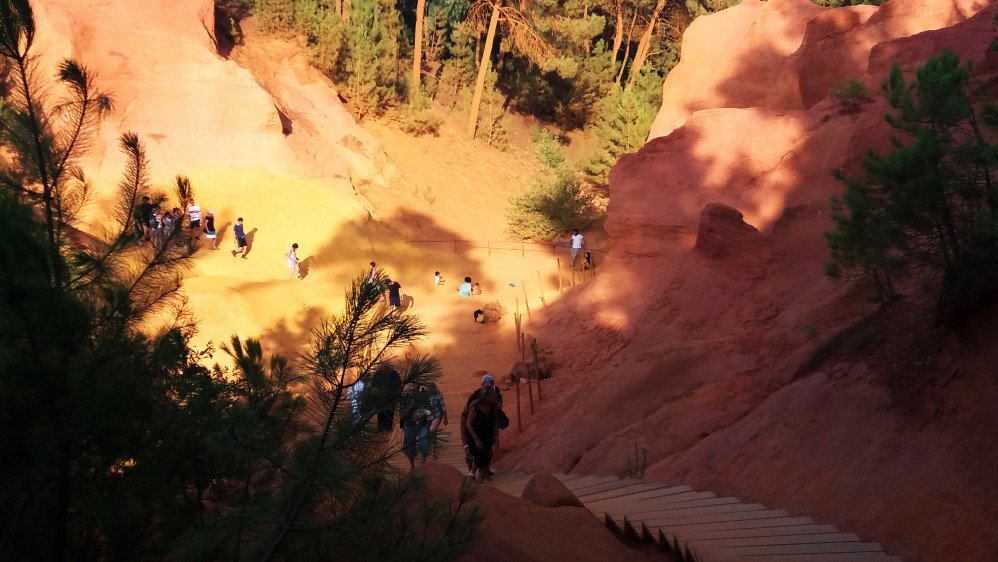 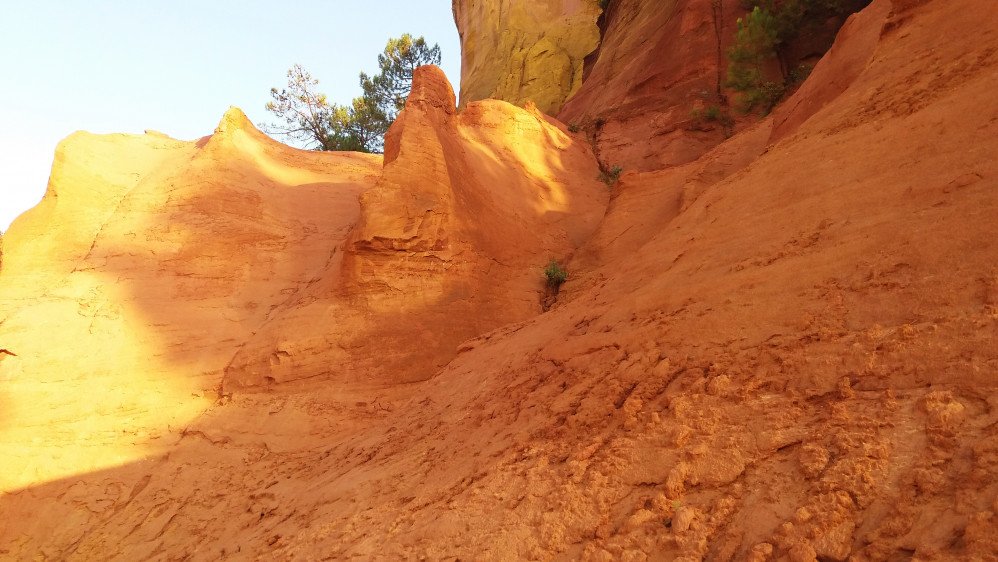 During your walk around the village do not lose the opportunity to taste very good local French cuisine to one of these places: Le P’tit Gourmand (Place de l’ Abbe Avon) on a wonderful small square at the centre of the village, La Grappe de Raisin (Place de la Poste) with a cozy small veranda overlooking the street and La Treille (rue du Four) hosted in a typical ochre Roussillon house.

Roussillon is one of these places you probably never thought of visiting but if you did, it is certain you will remember for a long time. If you are visiting Provence or generally Southern France, you should put this place in your bucket list.

Off The Beaten Track – The Most Exotic Places to Visit in Europe
Explore
1
We use cookies to collect and analyse information on site performance and usage, and to enhance and customise content and advertisements. By using our site, you consent to our privacy policy and use of cookies. Learn more.